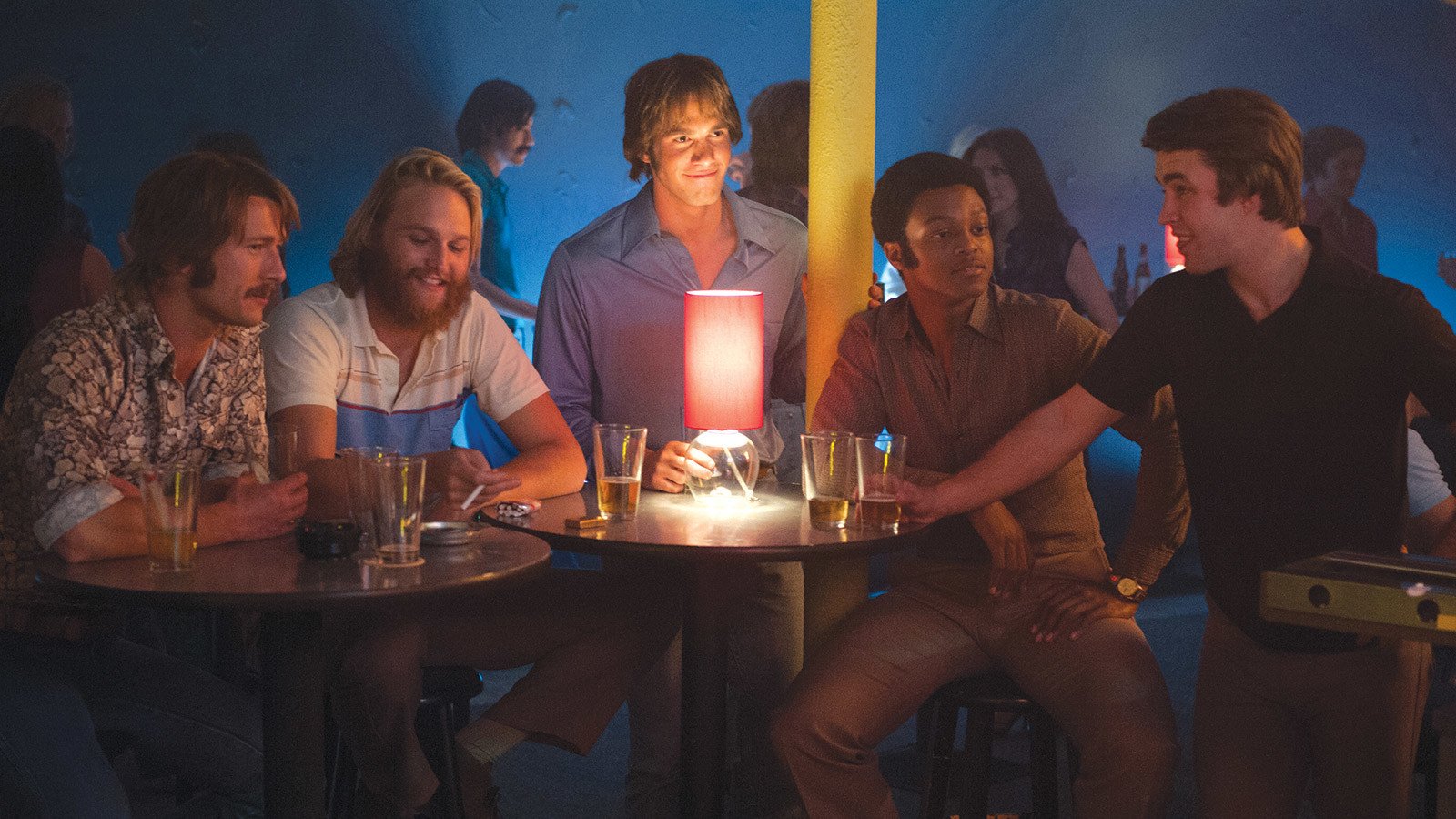 Review: Everybody Wants Some

By Nick Pinkerton in the March-April 2016 Issue

Richard Linklater’s dozen-years-in-the-making domestic epic Boyhood was an art-house smash, and deservedly so—a distinctly American shomin-geki built around an audacious conceptual gambit. And like any work deemed “critic-proof,” Boyhood garnered its share of clickbait backlash, one common theme being that it was overrated by a critical establishment made up of somewhat socially awkward white males who saw themselves mirrored in the film’s somewhat socially awkward white male protagonist. Whatever else might be said about Everybody Wants Some, it won’t face the same accusations.

Linklater’s latest, an ensemble comedy set on a Texas campus during the three-and-a-half days before the start of classes, is focused on a pack of wild alpha males: the college’s nationally ranked baseball team who sit on top of the social pecking order and know full well that they do. Our point of entry to this world is Jake (Blake Jenner), an incoming freshman pitcher who has at least a recessive freak gene in his DNA (which we know because his milk crate of LPs contains a Devo record). Mike Schmidt moustaches are all the rage with teammates, but otherwise these ballplayers are social-utility players, sampling the various identities available on and around the university. One night they slip into polyester Arrow collars and cruise the local disco; another, it’s pearl-button shirts and line dancing at the honky-tonk. Jake runs into an old teammate from back home who’s living at the off-campus punk house and who ropes him into going to a show, while his pursuit of a drama student (Zoey Deutch) leads to the whole team crashing an art-school bash. The goings-on there are pretty insufferably whimsical, but can you remember undergrad drama parties? (I almost wished ex-jock Linklater had gone full-on bildungsroman, and had the team crash a program of 16mm structuralist films.) From the opening percussion of “My Sharona,” period soundtrack cues from Zeppelin to Van Halen goose up the action in Everybody Wants Some, which takes its title from a Women and Children First track. The raucousness seems forced at first, but appropriately enough for a movie dealing with the gelling of a team identity, the ensemble gradually loosens up and settles into a comfort zone. Though the film is concerned with a group of young men who’ve been raised to be fiercely competitive in every aspect of their lives, rivalries are mostly brushed aside as soon as they arise. Little dust-ups are quickly forgotten, and the only indication that life is something other than an endless summer comes in the character of Willoughby (Wyatt Russell), a hippie transfer from San Luis Obispo who’s eighty-sixed from the roster when it’s discovered he’s actually 30 years old and has been peripatetically drifting between college clubs, trying to stay on the mound and clear of the adult comedown that comes with the acknowledgement that he’ll never be a major leaguer.

Jake, for his part, seems level-headed enough to face the inevitable, expressing a basic understanding of the Sisyphean nature of baseball. It’s another instance of Linklater’s fondness for the plainspoken homiletic philosophizin’ that must account for some of his popular appeal, though his aversion to traditional dramatic conflict remains quietly radical. Throughout the extended Dionysian spree of Everybody Wants Some, nary a rain delay darkens the blue skies of these characters’ lives, and few deep shadows creep into cinematographer Shane F. Kelly’s bright, clear lighting scheme. Linklater has never been a pictorialist likely to land on One Perfect Shot Twitter accounts, but his purpose is to privilege his players. His latest is, to borrow from Henry Miller, an “incurably healthy” film, about nothing so much as the pure pleasure of having a body and a mind to play with, and a smorgasbord of opportunities for putting both to work.

Nick Pinkerton is a regular contributor to FILM COMMENT and member of the New York Film Critics Circle. By David Gregory Lawson
Outsider art: parsing the similarities between It’s Impossible to Learn to Plow by Reading Books and The Newton Boys 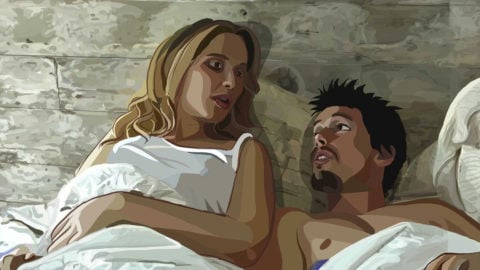 Article from the September-October 2001 issue

By David Gregory Lawson
Outsider art: parsing the similarities between It’s Impossible to Learn to Plow by Reading Books and The Newton Boys
Subscribe to the Magazine

Article from the September-October 2001 issue