This article appeared in the November 17, 2022 edition of The Film Comment Letter, our free weekly newsletter featuring original film criticism and writing. Sign up for the Letter here. Since its release in 2018, writer-director Ryan Coogler’s Black Panther has occupied an odd, some might say uncomfortable, position in the Marvel Cinematic Universe. Here is a film that dared to fold the hackneyed formal elements of the superhero genre—cacophonous action, self-aware humor, Easter eggs, cameos, dutiful setups for future sequels—into an earnest drama about Blackness, diaspora, and colonial violence. Audiences who might have expected typical, bland MCU triumphalism were instead presented with a complex portrayal of the friction between Africa and its diaspora; a critique of the theft of cultural artifacts by colonizing nations; and a striking, Afrofuturistic depiction of a technologically advanced African nation whose resources and science are sought-after around the world. That all of these components, thoughtfully if imperfectly rendered, were part of a Disney film that amassed commercial and cultural acclaim still feels shocking.

At the forefront of this success was Black Panther’s charismatic star, Chadwick Boseman, who immediately became one of the most prominent faces in the MCU. Just two years after the film’s release, Boseman died unexpectedly after a private struggle with colon cancer. In the new film, Black Panther: Wakanda Forever, Ryan Coogler and his ensemble cast—featuring Letitia Wright, Angela Bassett, Lupita Nyong’o, Danai Gurira, Winston Duke, and Martin Freeman—return to Wakanda without the original’s leading man, and with an even weightier mandate than before. The MCU has now grown to gargantuan size, with films produced at such a rapid frequency that they feel obligatory, rote; long gone is the feeling of buildup and anticipation that preceded Black Panther’s release. With Wakanda Forever, Coogler has to address Boseman’s passing, assuage doubts about the continuance of the role of Black Panther, and live up to the political promise of the first film, while also laying the groundwork for the MCU’s future machinations. The result is a well-intentioned but ultimately unsuccessful, even offensive, attempt to marshal grief as an animating force within the strictures of a franchise that has never been interested in the intricacies of human emotion.

The film begins by writing off Boseman’s character, King T’Challa of Wakanda, with a plot turn involving an unknown illness. These first 10 minutes are haunting for their severity, T’Challa’s passing delivering a hard, sudden blow to the hidden African kingdom. This death happens off screen, but we see the effect of the king’s loss play out among his people, particularly his tech-genius sister, Shuri (Wright), and the queen mother, Ramonda (Bassett). Admirably, the film centers on the grief and anger of women, including Okoye (Gurira), leader of the all-female task force known as the Dora Milaje, and Nakia (Nyong’o), a spy and T’Challa’s former lover. But Coogler (or Disney?) opts for a play-to-the-back-row expression of sorrow that stunts the real, tender vulnerability of the characters’—and, one imagines, the actors’—mourning. There are no quiet scenes in Wakanda Forever, only bellowing rants meant to convey rage and effortful displays of inner turmoil that feel cartoonish, to say nothing of the faux-profundity of the trite dialogue (“Only the most broken people can be great leaders”).

The narrative is propelled by two catalyzing incidents: the king’s death, and the end of Wakanda’s guarded and strategic seclusion from the rest of the world. The first film established Wakanda’s isolationism and strong cultural pride, along with a fierce tradition of self-defense. The kingdom harbors vast reserves of a rare, nigh-indestructible metal, vibranium, which for decades had been hidden under a guise of barrenness and destitution. In Wakanda Forever, these vibranium deposits are now common knowledge around the world, with various governments and intelligence agencies scheming to seize them. Without Wakanda’s leader and protector, the Black Panther, the nation is seen as vulnerable to infiltration. As Shuri and Ramonda soon find out, another isolationist, indigenous, vibranium-rich nation has been affected by this turn of events, shaking the Wakandans’ long-held convictions about the singularity of their resources and their resulting invincibility. When a team of U.S. operatives find vibranium on the ocean floor, they encounter swift, violent retaliation from an ancient underwater civilization known as Talokan, led by a wing-footed demigod, Namor (Tenoch Huerta).

The introduction of Talokan and its people is the film’s most impressive set piece, a simultaneously mesmerizing and unnerving calling card for a civilization that gets short shrift as the narrative proceeds. Costume designer Ruth E. Carter’s painstakingly detailed work triumphs here: the Talokanil’s indigenous warrior garb, gilded with precious stones, shells, feathers, and the bones of sea creatures, is arresting. Namor, one of Marvel’s oldest antiheroes, is, in this cinematic interpretation, a descendant of Mayan people devastated by disease brought by Spanish conquistadors in the 16th century. As the legend goes, the people of Talokan fled into the sea for refuge after ingesting a powerful, vibranium-enriched herb that gave them gills, and they have, ever since, remained hidden from the sickness and violence of the surface world. With the exposure of its vibranium deposits, Talokan is threatened by predatory imperial interests. Namor appears in Wakanda, emerging from the water in glistening armor, to compel Shuri and Ramonda to make a difficult choice: find and kill the scientist responsible for creating a machine able to detect vibranium (a naive, 19-year-old Black M.I.T. student), or face war with Namor and his people.

The first Black Panther looked out at a colonially ravaged white world from an unabashedly, even defiantly, Black African perspective. In the new film, Wakanda is besieged by that same Western world. But rather than offer a thorny, thought-provoking depiction of interracial conflict and the ways in which it is stoked by imperialist interests, the film stages a simplistic battle between two flattened adversaries. It invites our sympathy for Talokan in one scene, as Namor details his tragic backstory and his wish to protect his people, and then turns him into a power-hungry, spiteful despot in the very next. On the other hand, grief becomes, rather too easily, the excuse for the otherwise noble and wise Wakandans’ refusal of any gestures of solidarity or diplomacy.

Talokan assumes the role of enemy civilization so quickly, so aggressively, that one could interpret the film as casting indigenous people’s struggle for autonomy and self-determination as inescapably violent, even tyrannical. The first Black Panther took pains to capture many varieties of African life in its fictionalized representation of Wakanda, offering a heartfelt rebuke to the Hollywood tendency for token diversity. Here, those cultural details, whether drawn from Africa or the indigenous peoples of Central America, feel cynical, like set-dressing that substitutes for an actual reckoning with the histories and contemporary realities of colonialism. Ludwig Göransson’s kaleidoscopic score only emphasizes Wakanda Forever’s unrealized potential. Göransson and Coogler traveled throughout Africa to record and enlist native musicians, instruments, and chants, which impart an emotional impact that far outshines the film’s muddled narrative attempts at cultural synthesis.

Ultimately, Wakanda Forever does contrive a half-hearted and convenient lesson in solidarity out of its manufactured political conflict, though Wakanda ends up where it started, on the defensive against the world—albeit with a new, tenuous ally who has every right to be mistrustful. (Wakandans repeatedly collaborate with the C.I.A., among other things!) As for Coogler, he pays a high price for the vast resources of Disney: his sophistication and artistic distinction are crowded out by the requirements of an otherwise bland, assembly-line franchise. Wakanda Forever is a final caution to those who believe blockbuster cinema will save, start, or further the careers of promising young talents. There is only grist for the mill.

Nicholas Russell is a writer from Las Vegas. By Eugene Hernandez
No wrong answers: the Black Panther director talks about his cinematic influences 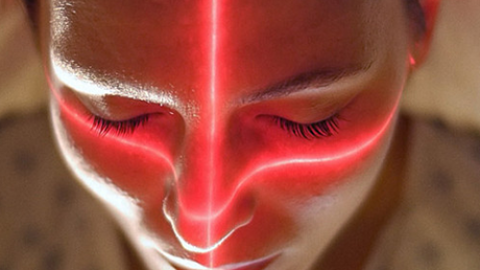 By Eugene Hernandez
No wrong answers: the Black Panther director talks about his cinematic influences

By Devika Girish
Ryan Coogler’s Black Panther envisions an alternate future for a troubled genre and a troubling reality, pointing the way toward more political, playful science fiction
Subscribe to the Magazine