The first Academy Awards, bestowed in 1929 upon films released in 1927 and early 1928, demonstrated real anxiety about leveling the playing field for judging the “Best.” The Jazz Singer was only given a separate, special award to recognize its watershed technical achievement, effectively disqualifying it from races where it might have been a slam-dunk, such as Best Engineering Effects or even Best Picture). The treatment of Charlie Chaplin’s The Circus was even stranger. Chaplin was announced as a candidate for Best Actor and for Best Director (Comedy Picture), but the Academy’s Board of Governors subsequently struck his name from ballots, as if his multiple talents and achievements amounted to unfair advantage. He, too, received a Special Award for acting, writing, producing, and directing, though The Circus went unnominated in any of those fields.

In the wake of these rulings, the award for male performance went instead to the estimable Emil Jannings for Josef von Sternberg’s The Last Command and Victor Fleming’s now-lost The Way of All Flesh. The winner for comic direction was Lewis Milestone for his barely remembered, globetrotting, surf-n-turf romp Two Arabian Knights. Once Chaplin got ruled out, the only rival Milestone vanquished for that prize was Ted Wilde, who choreographed the vehicular mayhem in Speedy and somehow kept Harold Lloyd alive through all of it.

Common sense quails whenever canonized geniuses like Chaplin and (by proxy) Lloyd lose an Oscar to solid commercial workmanship, which makes it tempting to sneer at the victory of Two Arabian Knights. The permanent cancellation of the Best Director (Comedy Picture) category after this first ceremony also suggests a weak Academy mandate behind this honor. As the years passed, Two Arabian Knights had trouble rallying a fan base to its defense even among silent-film enthusiasts, since the movie vanished for decades before a print emerged in the vault of producer Howard Hughes, long after his death. Flicker Alley, in conjunction with the University of Nevada Las Vegas, restored the film in the early 2000s. By the middle of that decade, Turner Classic Movies broadcast this restoration to audiences who’d had no way of seeing Two Arabian Knights for decades. TCM will broadcast Two Arabian Knights again on Wednesday, March 1, near the end of its annual 31 Days of Oscar retrospective. Interested viewers will discover a peculiar cultural artifact but also a fleet, funny, genial entertainment. As the titular pun implies, Two Arabian Knights will never earn credit as a positive landmark in cultural representation, especially once the action shifts to the unspecified “Arabian” region where the last half-hour transpires. The script betrays all the assumptions one expects about the so-called East as home to violent tyrants and a blithe confidence that women in the Middle East (played, like its men, by white actors) surely crave rescue, even by feckless Western interlopers. Thank goodness we have recovered, by 2017, from such crass geopolitical conceptions. At the same time, Two Arabian Knights is just as much about the bumbling quality of mid-Atlantic Caucasian masculinity and the chronic inability of U.S. citizens abroad to imagine that the “foreigners” around them may be cleverer and better-educated than they.

The plot of Two Arabian Knights unfolds in three segments of nearly equal length. Even those chapters encompass semi-discrete narrative movements, which is part of why the movie feels as indebted to the film-serial tradition as to the increasingly consolidated template of the comic feature. In the first scene, two U.S. soldiers in World War I stumble mid-combat into the same trench and, upon recognizing each other, immediately start tussling. Since they first met at training camp, the handsome one (William Boyd), whose engraved bracelet reads “W. Daingerfield Phelps III of Philadelphia, PA,” has detested homely, Hoboken-born Peter O’Gaffney (Louis Wolheim), a taxi driver still wanted back home for “confidence games practiced usually upon women patrons,” according to the police bulletin he proudly totes in his pocket. Phelps’s social inferior was also, inconveniently, his command sergeant, and O’Gaffney put the silver-spooned scion through his paces. Their impromptu brawl in this sodden no man’s land, lit from above by artillery flashes and flares in the night sky, so distracts them that they do not notice when an entire German squadron surrounds them and takes them prisoner.

One inspired aspect of Two Arabian Knights’s screenplay is how quickly Phelps and O’Gaffney achieve a version of camaraderie, forsaking easy jokes about polar opposites at loggerheads and instead coaxing out their colorful personalities, bickery but fundamentally warm, in relation to shared goals. (If Milestone had brought more of this textured bonhomie to Ocean’s 11 (1960), rather than let his cast take their inveterate charm for granted, that late effort in his portfolio might hold up better.) After their fractious arrival in a wintry German POW camp, Phelps and O’Gaffney achieve a rapprochement in, of all places, the de-lousing station. Milestone frames that location dynamically, using multiple planes of action, as an ironically unifying depot: once divested of their military outfits, the bare asses of American, British, Belgian, French, and Arabic soldiers, doted on by a pre-Code camera, all look the same. Their corps d’ésprit is marshaled collectively against the cruelly buffoonish Germans, whom the characters draw as literal cartoons, and the film, directed by a Jewish-born Ukrainian émigré, portrays similarly. Once united, Phelps and O’Gaffney propel a series of semi-discrete set-pieces, starting with an inevitable Great Escape from the camp, facilitated by the white-on-white camouflage of wearing the Arabic prisoners’ white robes in the German snow. From there, Two Arabian Knights features high-speed train stunts, a second adventure for our hapless protagonists as naval stowaways, a romance with a shipwrecked Arabian princess (who else but Mary Astor?), a palace invasion, a gun duel, and a third and final getaway. However discontinuous in action and ambience, these rarely feel like loosely strung vignettes, mostly because Milestone’s hold on tone and his connection with his game, jovial actors tie things together. Wolheim, a former Cornell math professor and football player, quite poignant in Milestone’s more solemn and revered World War I picture All Quiet on the Western Front (1930), is a particular asset as the pugnacious co-lead who refuses to play a mere sidekick of his aquiline friend.

To imagine these technically daunting, semi-farcical incidents from Milestone’s perspective is to admire the movie all the more, especially since it plays so breezily. The script requires shooting at night, in snow, in sleet, and in water. Each environment must feel earnestly intimidating, but the film needs to maintain comic aplomb amidst them—hard to do in, say, a huge tank of water. Setting aside the logistical challenges, even if these pale next to Chaplin’s or Wilde’s, Milestone has to establish but also constantly undercut heroic derring-do as well as romantic love, two of the tastiest butters ever applied to Hollywood bread. He also must deploy imperial, ethnic, and class-based stereotypes while ribbing the cultural naïveté and narcissism that spawn them—building a whole melee, for example, around O’Gaffney’s disregard for the Arabic social code against baring the soles of your shoes at another person, without sacrificing the character’s appeal or derogating the opposing culture’s customs.

Cultural misrecognition, in multiple directions, is just one of the manifold forms that comedy assumes in Two Arabian Knights. The film also incorporates simple physical gags (the escapees’ Arabian robes freeze into rigid bell shapes outside, just like Elsa’s in Frozen), complex trajectories of unintended consequence (including the events that land both men on the ship), winks at male rivalry, punchlines related to linguistic fluency, and a surprising bawdy streak, including a joke about public urination and another that results from O’Gaffney pulling for a while on what he thinks is a female goat’s udder. The final scene begins with a subtle but perfectly executed manipulation of the frame, which earns a laugh while seizing a happy ending from the jaws of parlous defeat. Still today, Judd Apatow, Paul Feig, and their cohort struggle to integrate verbal, visual, high, and low humor; that Two Arabian Knights manages that mix with easy dispatch is further proof of Milestone’s versatility. By extension, this may help us understand how Milestone—a more-than-solid director, at least through the mid-1930s—could pip more ingenious rivals to the Oscar post. Many voters seem to gravitate less to peers who make them think, “I just wasn’t born that gifted” than to others who inspire vocational admiration: “He made easy and commercial what I know is hard and easy to bungle.” Chaplin and Lloyd have their immortality. Let Milestone have the trophy. It will be shocking if we don’t see similar compromises struck when this year’s envelopes are opened. We’ll also be lucky if, 80 years from now, assuming anyone is still alive, the films that win gold are as engaging and humbly accomplished as Two Arabian Knights. 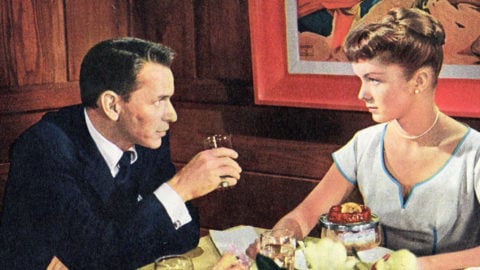 By Michael Joshua Rowin
Dare to be stupid: the long road of nuttiness that leads to the Zucker-Abrams-Zucker laff-fest
Subscribe to the Magazine