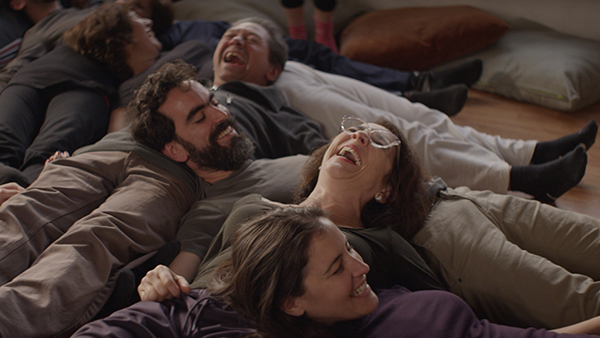 Just under a year ago, the Chilean feature Gloria became what you’d have to call the feel-good hit of an otherwise glum Berlinale competition. Any film that ends with its heroine on the dance floor, getting down to what’s effectively her own disco theme song, is bound to come across as feel-good one way or another—although as upbeat endings go, Gloria’s is deliciously slow-burn and more than tinged with ambivalence. Writer-director Sebastián Lelio, whose fourth feature this is, has a confident way of parceling out exuberance and melancholy in a setting of mundane everyday realism. But this is also one of those films that you can’t imagine without its magnetic and superbly nuanced central performance, and it’s no disrespect to Lelio to say that Gloria is as much Paulina García’s film as it is his (at Berlin, she won the Silver Bear for Best Actress).

García plays Gloria, a woman in her late 50s, divorced for some 10 years. She still lives alone but regularly attends singles events, putting on her glittery glad rags and keeping an eye out for attractive older men, who seem fairly receptive. She thinks she’s landed a winner when she exchanges glances—and then yet more glances—with the dapper Rodolfo (Sergio Hernández), with whom she quickly winds up in bed. Gloria seems confident about Rodolfo as a prospect—a confidence the viewer might not share, since he seems a little hesitant, a little stiff, and a little too easily embarrassed. Besides, there’s that torso-flattering corset he wears, though it doesn’t seem to bother Gloria, who twice in the film yanks it off with gusto: if romance can withstand the sound of ripping Velcro, it must have something going for it.

The relationship starts as fun—Rodolfo is a former Navy man, now the owner of an adventure park where adults can swing on bungee-style ropes (which Gloria has a ball with) and take part in paintball games. But both lovers carry considerable baggage. Gloria has two adult children with their own domestic complications (her yoga-instructor daughter is about to leave for Sweden to join the father of the child she’s expecting). And Rodolfo has two adult daughters and an ex-wife, as of one year, that he hasn’t yet really left behind, and they are forever troubling him with distress calls (the insistent ringing of his cell phone is one of the film’s leitmotifs). 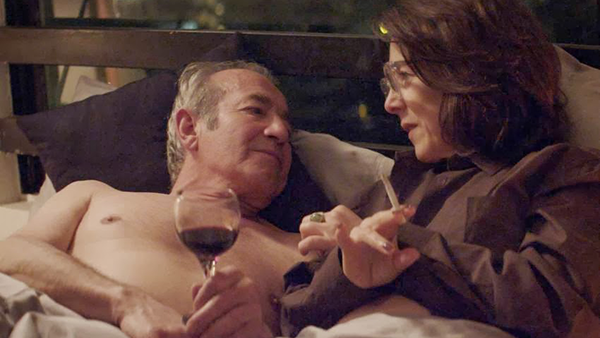 Still, the couple’s sex, evoked in brief, tightly shot scenes, seems pretty hot. Gloria is one of those very rare films that not only show two people, both some way over 50, getting naked together, but also don’t suggest that it’s a big deal in any way. But the closer the couple get, the more we sense that there’s going to be friction. The sticky moment comes when Gloria’s son hosts a family get-together, at which her ex-husband is present and old times are talked about fondly. There’s someone left out, and the fact that we can barely see that person in the scene—Rodolfo’s awkwardly frowning features hover in the background—brings home the painful exclusion this shy, earnest man feels, which is why he quietly gets up and sneaks out, barely noticed.

Having said it’s Garcia’s film, I should also add that it’s substantially Hernández’s too. This patrician-looking but soft-faced actor previously worked with Lelio in his The Year of the Tiger (11), and you may recognize him as the lead in Raúl Ruiz’s swan song Night Across the Street and as a military officer in Pablo Larraín’s No. Rodolfo’s nervous delicacy, and the weary self-pity that always seems about to surface, tell you that he’s nowhere near as well-adjusted to the single life (or to life, period) as Gloria. You can possibly imagine them as a couple who have been together for years, but it’s harder to imagine them making it work now—and that’s partly the drama’s appeal, the discrepancy between the relationship we see, and the hopes (and self-deceptions) that Gloria seems to invest in her lover.

Editing the film together with Soledad Salfate, Lelio builds the narrative on discreet temporal jumps and occasional gaps, around which he and co-writer Gonzalo Maza build insights into the daily stresses of Gloria’s life: the impersonal office where she works, a problem neighbor noisily cracking up, casual visitations from said neighbor’s sphinx-like hairless cat. That animal prompts Gloria’s cleaner to tell a magnificent non sequitur of a story about Noah’s Ark, a digression which seems to have wandered into the film as mysteriously and casually as the cat enters her apartment. 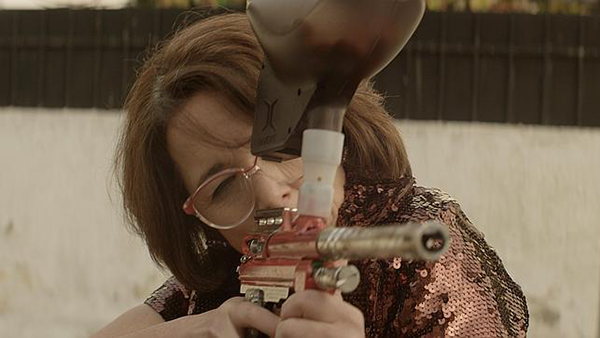 As a heroine, Gloria is magnetic because she’s so unremarkable—a middle-aged woman who holds down a job, cements her family together, keeps her own psyche on an even keel, and goes about seeking love and sex with a mixture of confidence and nervousness that everyone can surely identify with. A telling detail, suggesting that she hasn’t quite shaken off the past, is a pair of huge windshield-like glasses that make her look a little more matronly than she needs to, from more or less the same era as the film’s disco numbers. García has a neat way of signaling Gloria’s old-school femininity—the little flicks of her hair as she steps onto a dance floor, her half-coy, half-saucy inspection of Rodolfo. And García takes the role’s physicality in her stride—including the nudity, sexual and non-sexual, not to mention the half-nudity, waist down, in the scene where Gloria gives Rodolfo a no-nonsense shove into an armchair and takes what she’s after.

One of the producers here is Larraín, whose own films—notably Tony Manero, Post Mortem, and No—have picked over the horrors of the Pinochet years. While it’s not a political film in the same way, Gloria clearly emerges from contemporary Chilean reality. We glimpse TV coverage of street protests, one of which is seen in the background while Gloria sits alone in a café, and it’s presumably part of Chile’s wave of student protests against a stagnant education system, a youth movement identified with its charismatic figurehead Camila Vallejo. Gloria herself is identified with a faintly bohemian middle-class liberal background: at one get-together, her friends do an impromptu performance of Antonio Carlos Jobim’s “Waters of March,” while at that awkward family dinner, someone alludes to social disillusion and a “spiritual revolution” taking place in Chile. Rodolfo’s main awkward contribution to that conversation is the complaint “There are no leaders now”; it’s never made explicit, but this comment, together with his Navy background and his identification with guns (even if only the paintball variety) suggest that he was one of the many right-wing Chileans who, as Larraín’s docudrama No pointed out, were perfectly content to see Pinochet in power.

Incidentally, there’s no obvious connection with the Cassavetes film of the same name—though you wouldn’t want to get on this Gloria’s bad side any more than that of the Gena Rowlands character. Nor is the closing theme song, alluded to above, either the Them number or the Patti Smith variant; it’s the original Italian “Gloria” from 1979 by Umberto Tozzi. You may be more familiar with the Laura Branigan cover.