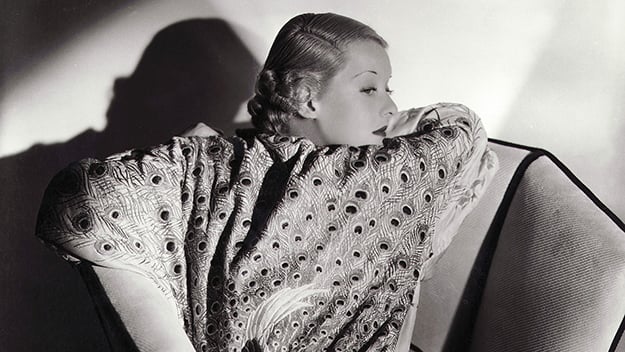 The old man in the black coat stands up and turns to stare out the window. His hunched-over back shows the secret he has kept for decades. He experiences a long-delayed reckoning with what he had done in the past or, more accurately, what he had not done. In the 1976 mini-series Sybil, Charles Lane plays Dr. Quinoness, the doctor who had treated the troubled Sibyl for UTIs when she was a child. Back then, he felt something might be very wrong, but he had done nothing, said nothing. In the moment at the window, his shame opens like an abyss beneath him. Charles Lane, whose career began in the 1930s, and who died in 2007 at the ripe old age of 102, conveys all of this through his back. There is no close-up to provide a shortcut to his emotions. Director Joseph Sargent was smart enough to understand that Lane’s back was enough. This type of acting requires not only enormous skill on the part of the actor, but a tremendous amount of trust on the part of the director.

When I was studying acting in college, we obsessed on details of performance like this. The vocabulary of actors can be inside-baseball language. Words like “gesture,” “objective” and “justify” mean different things to actors than to “civilians.” Common words like “breath,” “relaxation” or “energy” carry specific nuances. Actors “cheat out,” they dread “going up,” they create “the moment before,” they avoid “commenting on” the character, they try not to “indicate” (unless “indicating” is called for). An old friend of mine came up with a term for moments like Charles Lane’s in Sybil: “Back-ting.” To this day, I am fascinated by moments when actors turn their backs on the camera. It is actor as storyteller, actor as auteur.

Directors often use back-of-the-head shots in a visual or thematic context. Alfred Hitchcock was notorious for it. Speaking of “notorious,” the first time Cary Grant appears in Notorious, he is shot from behind, his sleek black head a dark blot on the bright scene beyond. (This shot was replicated in the opening moment of the Mad Men pilot, the camera approaching Don Draper’s sleeked head from behind). Vertigo is filled with shots of the back of Kim Novak’s head, with her glamorous whirlpool of hair, and of course, one of the famous moments in Psycho involves the back of a head. These don’t really qualify as true “back-ting” moments, since they are primarily visual choices. True back-ting moments often operate like the famous empty hallway scene in Taxi Driver, when Travis Bickle (Robert DeNiro) calls Betsy (Cybill Shepherd) to apologize for taking her to a porn movie on their first date. We hear Travis’s side of the conversation and as it becomes clear that Betsy is rejecting him, Martin Scorsese moves the camera away from Travis on a lateral track, ending on the empty bleak hallway beside the pay phone. The camera cringes away from Travis’ experience. In back-ting moments, a character’s experience is so intense the character must hide, even shutting the audience out. In Sibyl, the empty hallway is still there, but it is all in Charles Lane’s back.

Movies from the classic Hollywood period are filled with great back-ting, perhaps because so many of the actors came from theater, where the body has to do much of the heavy lifting. If your character is grieving, the people in the cheap seats have to feel it. Watch Joan Crawford walk across a room. She is the container for the film, not the other way around. Crawford, whose closeups remain high watermarks of the artform, understood how her body was responsible for moving the story forward. Maybe the most famous back-ting moment is John Wayne’s in the final shot of The Searchers. Seen through the dark doorway, he turns and walks into the desert. At one point, his left knee buckles underneath him. It’s a subtle stumble. In his lonely back, we can see his terrible awareness of the brutal life he has lived and what it has cost him. The gold standard of back-ting is Bette Davis. She has yet to be topped. You want to know how a character has transformed? Watch Davis walk across a room. You want to understand a character’s objective? Look at Davis’ posture, or how she lights a cigarette, or where she places her hands. Davis wrote in her first memoir about studying with Martha Graham as a young woman, and how influential dance training was on her approach to performance: “[The] body via the dance could send a message… [Graham] would with a single thrust of her weight convey anguish. Then in an anchored lift that made her ten feet tall, she became all joy. One after the other. Hatred, ecstasy, age, compassion! There was no end, once the body was disciplined.” Davis continued: “Every time I climbed a flight of stairs in films—and I spent half my life on them—it was Graham step by step.”

The best example of this—in a performance worthy of intense study—is Davis’ portrayal of Leslie Crosbie in William Wyler’s 1940 film The Letter. If I had to hazard a guess, I would say that Davis plays about 70 percent of The Letter with her back to the camera. Very few actresses could pull this off. Leslie is first seen, unforgettably, emerging from a bungalow, emptying a gun into the man on the ground at the foot of the stairs. From that moment forward, Leslie lies with a cool unblinking aplomb. She lies to the police. She lies to her husband Robert (Herbert Marshall). She lies to her friends. She says the man tried to rape her and she killed him in self-defense. When she regales the police with her lie, she stands at the edge of the room, back turned to the group, “re-living” her experience for them, never once turning around. There isn’t a closeup of Davis until almost halfway through the movie. Leslie turns her back when she lies, but she also turns her back when she is revealed. Her lawyer (James Stephenson) informs her of the existence of a letter she wrote to the man she killed. She whirls around to face the wall, her shoulders heaving with gasps. She doesn’t turn around through the rest of the scene, an unyielding figure, staunchly refusing to let us in. If it was anyone other than William Wyler at the helm, and if it was anyone other than Davis, this would be an overt stylistic tic, as opposed to the roaring engine igniting the entire thing.

One of the most stunning scenes in The Letter is when Davis lies in the infirmary after fainting. The lawyer questions her. Davis is filmed from behind, so the only thing visible is the top of her head on the pillow. But her arm climbs up the wall, her fingers crawling and twitching like a restless spider. Leslie’s heartlessness and cunning are evident only in that eloquent gesture. (I haven’t even mentioned Davis’s right hand in The Letter, the hand that shot the gun in the first scene. Watch the movie again, and track her right hand. Because Davis tracked it. Clenched in a claw throughout, it is Leslie’s “tell.”) Closeups are extremely effective storytelling tools. But Davis had trust enough in her gift—and talent enough—to know she didn’t need one. Gale Sondergaard and Bette Davis in The Letter (William Wyler, 1940)

This kind of acting is almost a lost art, although there are still actors capable of working this way, and directors who understand the power of back-ting. The opening shot of Jafar Panahi’s The Circle shows a woman in full hijab standing at a window in a maternity ward, asking for an update on her pregnant daughter. The nurse informs her the baby was born, and it’s a girl. The black curved robe stands there motionless, before knocking on the window again. The nurse reappears and the woman asks again for an update, hoping to receive a different answer, the better answer, which is “it’s a boy.” In her back is the entirety of the film, and, larger, the story of a culture that does not value women. Panahi’s choice is 100 percent more effective than a closeup of the woman’s disappointed expression.

In 2013’s Hateship Loveship, based on an Alice Munro short story, Kristen Wiig plays Johanna, a shy inexperienced woman who finds herself in what she thinks is an epistolary love affair with Ken (Guy Pearce), the father of the teenage girl she’s been hired to take care of. Johanna has no idea she’s been the victim of a prank, that Ken’s romantic emails were actually written by his mischievous cruel daughter. Johanna goes to Ken, wearing a green gown, ready to move the “relationship” forward. He, baffled, tells her he doesn’t even have an email account. Confusion and hurt flood Wiig’s face, and she whirls away from him, hunched over like she’s been stabbed. Johanna is in her 30s, a virgin, and her frozen back shows her devastation and heartbreak. This is a testament to Wiig’s talent, but it is also a testament to director Liza Johnson who keeps the camera on the actress’s back for what feels like an eternity, never cutting to the face. Looking at her crumpled back, we cringe for her, we cringe with her. It’s excruciating.

In 2016, I saw a wonderful production of Cat on a Hot Tin Roof at the Berkshire Theatre Festival, directed by David Auburn and starring Jim Beaver as Big Daddy, Rebecca Brooksher as Maggie, and Michael Raymond-James as Brick. As anyone who has seen the play knows, Brick doesn’t have much to say for long periods of time. The action whirls around him as he sits there drinking, waiting to feel what he calls “the click,” the moment when the alcohol brings numbness. There was one scene where arguments between other characters went on downstage, and Raymond-James, in pajamas, leaning on a crutch and holding a drink, stood upstage with his back to the audience, staring out the window. His crooked yet languid posture, his stillness amidst the movement, his silence amidst the noise, was an impenetrable force field of isolation. In his back was the entire tragedy of Brick: Brick’s doomed love for Skipper, his inability to cope with reality, his disappointment in life, his death wish.

Raymond-James’s back spoke louder than any dialogue ever could.