Mike Leigh’s new film is theatrical in the most classical and least pejorative sense: it is a film about public speech and spectatorship. Peterloo depicts the political reform movement that led to the eponymous massacre of 1819, in which at least 60,000 peaceful protestors gathered in a field in Manchester and were attacked, unprovoked, by the military. What’s surprising and gratifying about the film isn’t simply the aberrant amount of screen time devoted to oratory (and the respect for the audience’s intelligence such an offering implies), but that it actually takes seriously the content of that speech and the techniques and operations of persuasion involved. Leigh is too shrewd to draw facile parallels between the democratic reforms called for by his characters and the struggles of today; the theatrical process of political dialogue itself is what really engages him. 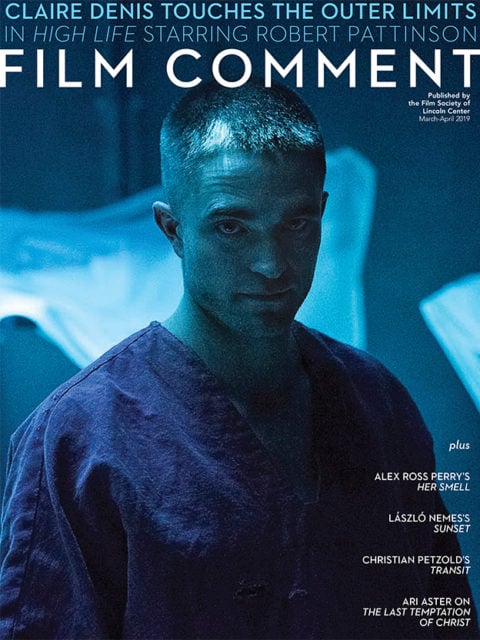 Opening on the Battle of Waterloo and a disoriented and speechless bugler, Joseph, who wanders home to Manchester and his impoverished family of mill workers, the film follows a number of political actors involved in the reformist movement and its suppression: the family of Joseph; orators, journalists, and local figures agitating for parliamentary representation; the magistrates who judge and govern the area, with punitive condescension and fear of the masses; and various figures from the national government, including the Home Secretary charged with stamping out the movement for fear that it would lead to revolution. This panoramic view of a (to an American viewer, obscure) political struggle is enlivened not only by the intricate characterization of each performer, compelling even when their exact role in the narrative is hard to decipher, but by the film’s nearly singleminded devotion to the embodied procedures of rhetoric: the stomping evangelism of the longhaired John Johnston (Johnny Byrom), who goes around foretelling apocalypse; the self-satisfied over-enunciations of a magistrate reverend (Vincent Franklin), who reads his moralistic missives to Parliament aloud to himself in his study; the jolly chest-thrusting of the brush manufacturer Joseph Johnson (the wonderful Tom Gill), with faintly ironic phrases and populist pride; the sweaty furrowed forehead and upturned chin of the gentleman orator Henry Hunt (Rory Kinnear), in his glowering fervor. And as extraordinary as the film’s focus on the content and physicality of political speaking is the attention Leigh’s film pays to political listening. The camera regularly frames the dissenting reactions of spectators, with their varied appreciation and skepticism; the process of dissensus among the audience is as important as the consensus of its conclusions. The many minor characters who populate the assemblies of the film’s unfolding are never feckless or unthinking, but active agents with their own perspectives and ideas. The importance of this dynamic is most apparent during a women’s meeting, in which the gulf between the middle-class leaders and the working-class spectators engenders a conflict between ways of knowing. (A sharp-eyed woman interrupts a discussion of democracy with her description of poverty; tellingly, Leigh returns to her in the climactic demonstration scene, still suspicious but willing, now, to engage.)

This is one place where Leigh’s justly famous approach with actors matches up with the film’s own politics. A good (political) actor is first and always an active listener. Leigh’s democratic process isn’t one of shallow unity or uncomplicated identification; the protestors are people with different interests and different lives, and their movement includes layers of disagreement and discord. If the film is disjointed overall, it’s because this quietly radical rejection of sentimentality isn’t maintained throughout. Joseph’s family, from whose vantage point we observe the injustice of the regime and watch the unfolding of the protest, is too good (despite the anchoring performance of Maxine Peake as the matriarch, with her worried, intelligent face), and the villainous magistrates (and effeminate Prince Regent, a performance by Tim McInnerny that feels off-key) too villainous. There are actually two films here: a well-observed but ultimately conventional drama that pits the arrogance and bad faith of the ruling class against the courage, competence, and organic intellectualism of the poor, and a fascinating, unsettled investigation of genres of political speech and action.

Peterloo inexorably builds to a violent climax, and offers no dulcet title card at the end (you have to go elsewhere to learn about the aftermath and historical effects of the massacre). But its open-endedness makes an important point. The truism that politics is theater has arguably never sounded more glib than it does today; if there’s any virtue in the thundering obviousness of the remark in 2019, it might simply be that it prompts more nuanced ones. What kinds of performances lead to what kinds of action? What kinds of spectators should citizens be? I said Leigh proffered no facile analogies, but allow me to make one here: I felt chastened by Peterloo’s faith in the power of rhetoric, and left the film jolted by the reminder that if we give up on persuasion, we’ve given up on democracy.

Shonni Enelow is the author of Method Acting and Its Discontents: On American Psycho-drama (Northwestern University Press). She is an assistant professor of English at Fordham University.

Categories: From the New Issue, Reviews, The Big Screen