By Nicolas Rapold in the September-October 2019 Issue

Tim Heidecker is back as... “Tim Heidecker,” legend in his own mind from the fictive show On Cinema at the Cinema, co-hosted by “Gregg Turkington” (Gregg Turkington). The faux-verite Mister America imagines Heidecker’s reliably funny blowhard taking the next logical step in self-delusion: political candidacy. That’s despite the character’s near-conviction for selling fatal vaping materials to EDM concertgoers; his opponent in the race for San Bernardino DA is the “rat” prosecutor from the trial. 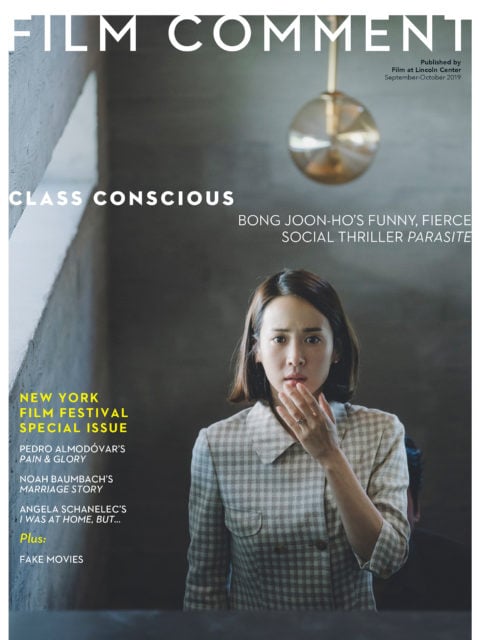 Details like the preening EDM obsession and Heidecker’s own perfectly tuned jackass routine distinguish the movie in what might appear to be a crowded field (comprising past political piss-takes and Veep). What sets Mister America apart is that the backstory means we’re watching a likely murderer run for office, ludicrously unredeemable even if his day-to-day sins are dumb hustler lies that don’t leave anybody dead (that we know of). Gregg becomes the thorn-in-the-side nemesis, feeding the doc crew stories of Tim’s act of arson and Antman trivia; there’s also fine, subtle supporting work from Terri Parks as Tim’s campaign publicist.

So it’s very much like an extended episode in the Heidecker-Turkington universe (with dead air and low-rent production values less of the gag). But if Heidecker’s not holding a mirror up to our idiocy Borat-style, there’s no mistaking the echoes in a thin-skinned, name-calling brute elbowing his way onto political center stage for the ugliest reasons. Which makes the character’s ineffectuality a not-unpleasant bit of wish fulfillment. —Nicolas Rapold By Nick Pinkerton
Hurts to laugh: the creator of legendary comic Neil Hamburger speaks! A rare conversation with the multitalented—and multi-persona-ed—star of Entertainment

By Nick Pinkerton
Hurts to laugh: the creator of legendary comic Neil Hamburger speaks! A rare conversation with the multitalented—and multi-persona-ed—star of Entertainment
Subscribe to the Magazine