When does the art of propaganda go beyond pushing an agenda?

By Eric Hynes in the September-October 2016 Issue

In the new film The Lovers and the Despot, we’re given a rare glimpse into the inner workings of state-sponsored propaganda. As recounted in Robert Cannan and Ross Adam’s thriller-like yarn, in 1978 South Korean showbiz veterans (and former power couple) director Shin Sang-ok and actress Choi Eun-hee were abducted and conscripted into making movies for the North by Supreme Leader Kim Jong-il. In audiotapes secretly recorded by the duo, they talked openly with Kim about what was expected. “From now on, my film producer is ‘Producer Kim Jong-il,’” Shin says. “There are things I want to make to promote our Dear Leader’s image. That would be good for me too.” Shin laughs, and so does Kim. “Thanks,” the Dear Leader says. “I’ll give you everything I’ve got.” 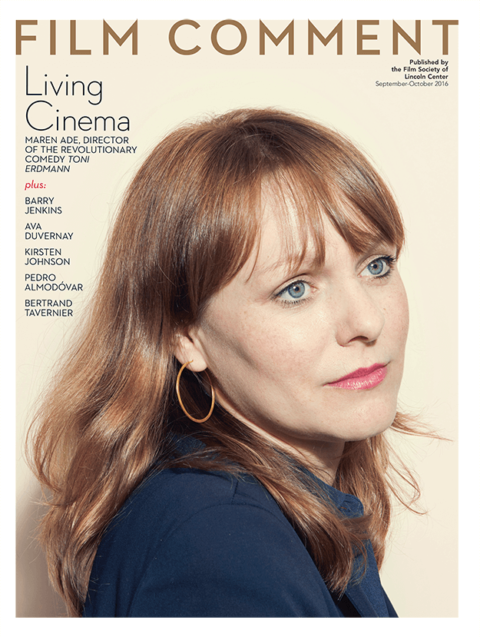 When attempting to identify a film as propaganda, we often resort to the same set of historical antecedents. There’s Eisenstein and Vertov fronting for the communist contingent. There’s Riefenstahl repping the fascists. Over here’s Capra standing up for Why We Fight. All of it is rather comfortably contextualized in an extreme era that necessitated an extreme methodology that, when it’s been evoked during the 70 years since, implies crass hysteria—which is also how it’s applied to North Korea, effectively a holdout from that earlier era, making it all the more hysterical and crass for enduring in this supposedly more enlightened era.

Thus a perfectly descriptive, non-qualitative word damns and is damned by dint of its historical associations. Officially, propaganda casts a wide net, encompassing, per Webster’s, “ideas, facts, or allegations spread deliberately to further one’s cause or to damage an opposing cause,” whereas in popular discourse it’s become a blunt, zero-sum pejorative for art with an agenda. Which leaves us without a valuable tool for identifying what certain films are doing and why, and forces some of the savvier modern propagandistic practitioners into a defensive crouch. For at least the last 12 years, since his Fahrenheit 9/11 won the Cannes Palme d’Or and became a potential—and intentional—difference-maker in the 2004 U.S. presidential election, Michael Moore has had to swat away assertions that he’s a maker of propaganda. One line of retaliation, helped along by sympathetic critics such as David Edelstein, then of Slate, was that Moore is actually a counterpropagandist, using his own forceful filmmaking to combat misinformation spread by the George W. Bush administration and its enablers in the media. When and if matters are simplified or distorted, it’s done deliberately and necessarily for the sake of redressing their propaganda. But what was always inadequate about this line, all the more so in the context of Where To Invade Next, his most recent film, is how it claims a moral/political distinction from propaganda without asserting a formal one. For though a dubiously edited sequence may have been designed to counter a questionable party line (such as Fahrenheit 9/11’s “My Pet Goat” sequence painting supposed fearless leader George W. Bush as stunned into inaction), it’s still, in effect, a dubiously simplified edit.

Such tactics were given a rare scrupulous airing earlier this year when a scene in Stephanie Soechtig’s Under the Gun was proven to have manufactured damning silence after Katie Couric poses a question about background checks to gun advocates. The critical word frequently summoned during that news cycle was “manipulation,” but pace the definition of the P word, Soechtig’s film, like Moore’s, routinely deploys footage and factual information to further her cause and damage the opposing one.

Moore’s been adamant that all his facts check out in Where To Invade Next—a cheeky, faux-imperialistic search through Europe for better policies to bring back to America—but it’s how those facts are couched, and which other facts are excluded and why, that give the film the quality of propaganda. Sequence by sequence, Moore eliminates complications and counterpoints, spotlighting what’s worth emulating about, say, Italy’s vacation policies while darkening that which isn’t. Filmmakers often talk of a “greater truth” that justifies manipulating isolated factual truths, whether it’s collapsing time, creating composite characters, or constructing scenes that didn’t transpire in the way they’re ultimately depicted. One needn’t invalidate this notion to wonder if what’s “greater” is also what the filmmaker personally wills, desires, or interprets to be true. It’s rarely Moore’s agenda or conclusions that make me recoil, but rather the implication, through his admittedly often clever sleight-of-hand, that I’d be blind to truth without his layers of varnish. Maybe it’s a matter of ditching the noun for an adjective. Of conceding that while certain films aren’t categorically propaganda, they’re propagandistic in part. In this light, can any work of nonfiction claim immunity? And should they even bother? Often a filmmaker’s agenda isn’t political, but artistic. Facts and events aren’t always marshaled for the sake of a better world, but to construct a better, cleaner film. It’s a matter of owning up to having an agenda, even subtly or fleetingly, rather than covering those tracks. Perhaps copping to formal manipulations can fend off the temptations of ultimate deception. Penny Lane seems to have something like this in mind for the website of Nuts!. Since her film employs a host of deceptive tactics (a self-mythologizing memoir, misleading archival imagery) to illustrate the life of a pathological huckster, Lane has compiled an exhaustive, shot-by-shot taxonomy of her truths and lies. Sometimes she’s merely simplifying for the sake of moving the story forward; other times she’s hedging or fibbing for convenience. It amounts to a wealth of propagandistic choices in support of a filmmaker’s agenda, which, quite deliciously, illustrates and exemplifies a subject’s self-aggrandizement—and in turn evokes our tendency toward the same.

It seems at first that Under the Sun, Vitaly Mansky’s semi-collaborative record of a state-run staged documentary, is a Red Chapel–style satire of North Korean propaganda. Not only is that not the thrust of the footage shown, nor the temperature of the film’s tone, but a satirical slant in this case would assume a lack of self-awareness by the participants, and that simply isn’t the case. As is evident from the footage that Mansky captured around the proper shoot—the camera rolls before “action” is called, and after “cut”—none of the subjects think that they’re making an observational documentary. Rather they’re engaged in a socialist realist piece of propaganda, and by knowingly (if not willingly) collaborating on the project, they’re all fellow propagandists. Even without Mansky’s filming around the edges, the staged sequences on their own betray little anxiety over verisimilitude. As with anti-realistic religious icons, what matters with such filmmaking is the message, with form as a delivery system. Though everything’s been concocted for the camera, what they’re doing isn’t lying so much as it’s promoting a narrative and ideology.

Though less brazen than what the North Koreans are seen doing in Under the Sun, the promotional films that premiered at this year’s Republican and Democratic National Conventions were very much in kind. The Donald Trump Story doesn’t ape cinema so much as a corporate sizzle reel, complete with cheesy gleaming gold accents and talking head interviews lit and set-designed like an episode of The Bachelor emulsified via brown leather and brass. Throughout, Jon Voight’s narration spins biographical backstory for the purpose of bluntly forwarding the candidate’s agenda (and megalomania): “Donald’s first notable project was less about renovating a building than helping the city rediscover its soul,” he intones. Meanwhile Here Is a Woman, the 10-minute Hillary hype short presided over by Morgan Freeman and produced by Scandal’s Shonda Rhimes and Betsy Beers, and especially the Obama promo film narrated by Bryan Cranston and directed by Davis Guggenheim (An Inconvenient Truth), more directly utilize documentary storytelling tactics. Dramatic in shape, handsomely packaged, with VO testimony layered over archival imagery and interviewees engagingly addressing an off-screen interlocutor: these are meant to play as short films. And they’re also obviously works of propaganda. Here Is a Woman

The line between the two has never been particularly thick. How greatly does this DNC short differ from Guggenheim’s other films—the ones that have deliberately and effectively furthered the causes of climate change awareness and education reform? How greatly does it differ from any number of “issue docs” that are constructed, at least in part, to persuade an audience toward a certain position or reality? By continuing to reject the P word, we risk not understanding how and when it works, and forward a suspect mythology of impartiality. “Effective propaganda reinforces that which is true,” wrote David Culbert in his text on the notorious pro-Soviet WWII-era work of FDR-sanctioned propaganda Mission to Moscow (a film he considered neither effective nor true). I’d replace “effective” in his statement with “responsible,” since history has proved that spreading lies can also be effective, and since “responsible propaganda” needn’t be an oxymoron—especially since that’s what documentary filmmakers have long done anyway, whether or not they know or admit to it. By Eric Hynes
Why scripting is no enemy to nonﬁction By Eric Hynes
Why scripting is no enemy to nonﬁction

By Eric Hynes
Austerity measures: The Prison in Twelve Landscapes and Speaking Is Difficult examine violence and injustice with a stringency that never turns cliché
Subscribe to the Magazine