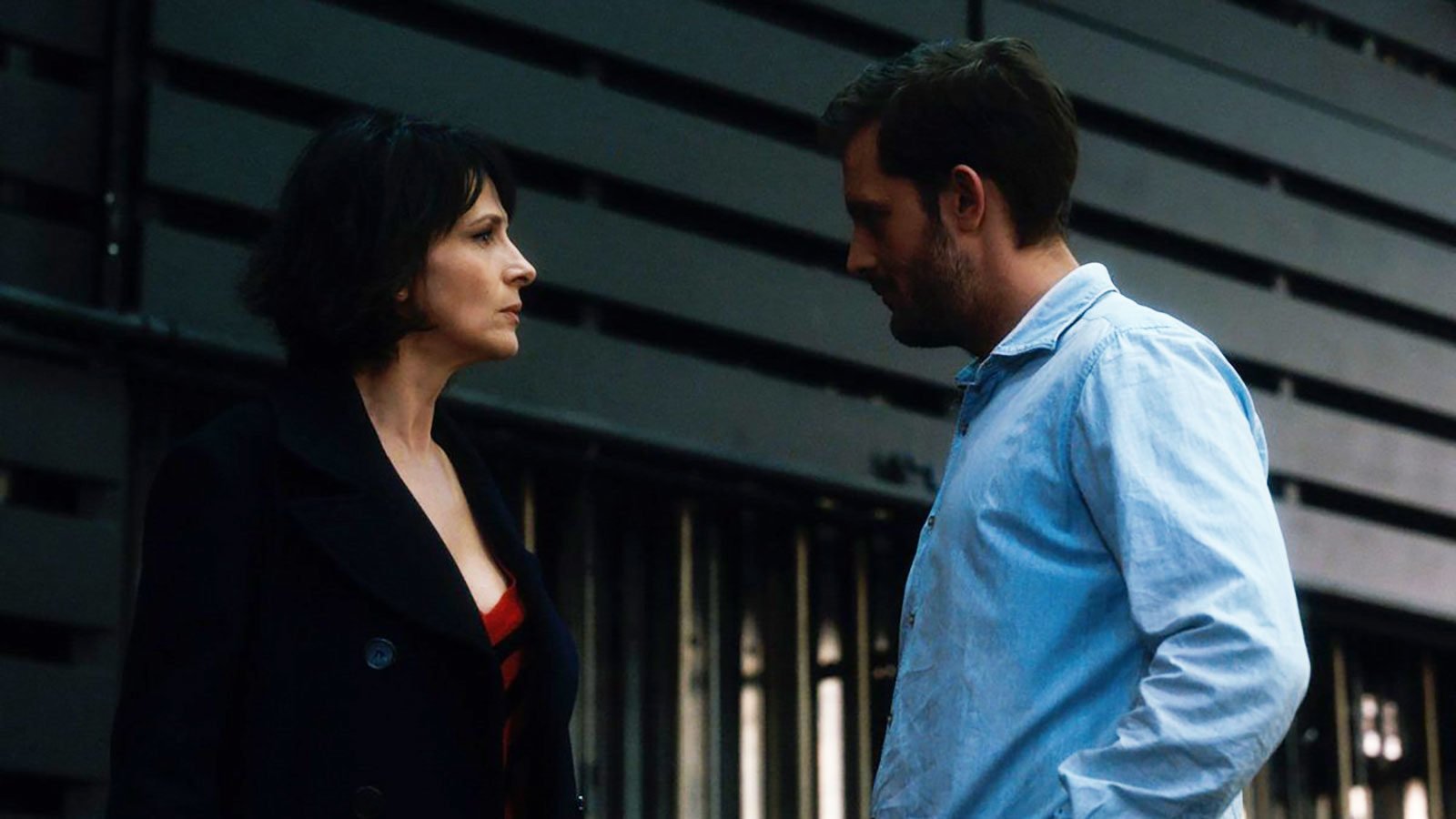 The Space Between Us

Claire Denis talks about finding the melody between the notes

By Yonca Talu in the May-June 2018 Issue

Is Let the Sunshine In a product of your and Christine Angot’s own experiences of womanhood?

It’s not direct autobiography, but there is a strong autobiographical element that’s treated with distance and perspective. Christine and I were really laughing while writing this film. We were looking at these situations as things that we’ve been through and left behind, so there was no heartbreak or turmoil involved in the process whatsoever. 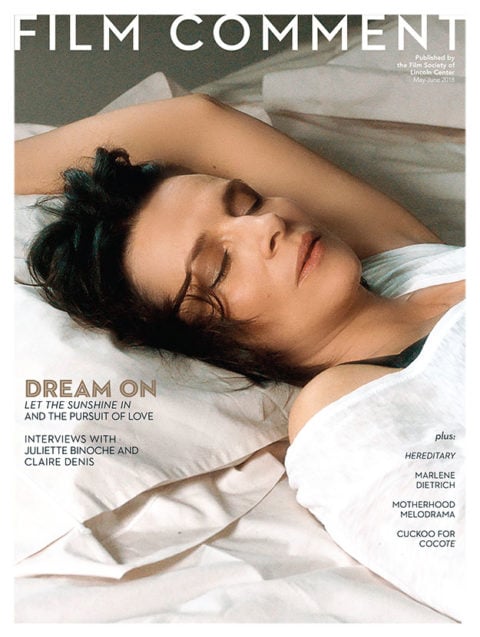 You’ve said that the film has a fragmented form because the idea has its roots in Roland Barthes’s book A Lover’s Discourse, but it actually comes across as your most fluid work since the action is centered on a character who elicits a lot of identification.

That certainly has to do with Juliette [Binoche], who gave her character a continuous and radiating presence throughout, though I don’t think the identification here is stronger than for instance with Denis Lavant’s legionnaire in Beau travail [1999]. What I mean by fragmentation concerns more the film’s tone. If we had indicated that between each man Isabelle is involved with, a month, a week, or a day has passed, suddenly it would have become the story of her escapades, whereas here, as in Barthes’s book, the relationships are already something of the past when they are introduced. My films have a deconstructed form because I like temporal ellipses and because my mind tends to work in a somewhat deconstructed way.

Let the Sunshine In makes minimal use of locations and takes language as its setting. It’s your most pared-down film.

Words make up the space between people in this film. As the character of the gallery owner says to Isabelle, “It all happens between you and me,” and the dialogue’s purpose is to keep that space alive. Let the Sunshine In is the most internal story I’ve told, but I’ve always made simple images so I never felt like I needed to show more than what’s on the screen.

Etta James has a guardian angel-like presence for Isabelle. Her apartment is full of posters of her and she is purified and liberated by her music in the nightclub scene.

I gave an Etta James CD to Juliette for her to listen to as preparation for the shoot. I thought the kind of sensual woman that James was would make a good reference for her character and that the lyrics of “At Last” were very meaningful in terms of the story and Isabelle’s quest.

Isabelle’s successive romantic disappointments lend the film a hypnotic and ethereal rhythm, so that by the end characters like the man at the nightclub and the fortune-teller feel like fabrications of her mind.

I think we filmed the lover from the nightclub the way we did because Isabelle does not really see him. In that dance scene, he surprises her and stays behind her as though it were she who was seen by him and not the reverse. He may very well be the love of her life, but she doesn’t realize it. For the fortune-telling, I wanted it to feel like a hypnosis session and almost like a seduction scene. He hits on her with his words and his stare, like a doctor examining his patient. But at some point, his look changes, and he tries to captivate her with his voice and his body, and Gérard Depardieu is really an actor who knows how to vibrate in the frame.

Is your science-fiction film High Life an attempt to take off from reality?

It is not finished yet, so I am still immersed in it. But I don’t think the effect is more heightened than in my other films. There’s a continuity for me between Let the Sunshine In and High Life since Juliette acts in both films, and also because I waited five years to shoot that film in a studio, so I didn’t feel like I stopped in between. But I never have the impression of taking off from reality. I may be a dreamer, but I’m a pretty realistic one.