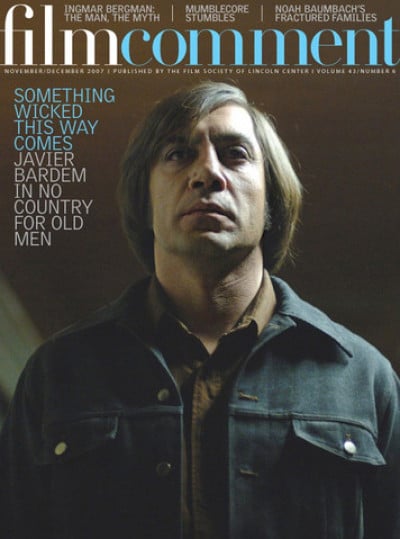 By Daniel Stuyck
The rise and fall of a Texan maverick By Amy Taubin
Supposedly the voice of its generation, the indie film movement known as Mumblecore has had its 15 minutes. Amy Taubin looks past the hype JOE STRUMMER: THE FUTURE IS UNWRITTEN
By Howard Hampton
The legendary frontman of a band that fused music with movies

BATTLE FOR HADITHA VS. REDACTED
By Paul Arthur
To live and die in Iraq

OPENING SHOTS
Distributor Wanted: Useless by Chris Chang, The Devil is a Sissy by Guy Maddin, A Wonderful World by Alex Cox

FADE OUT
Remembering Edward Yang, one of the masters of modern Taiwanese cinema, by Tony Rayns

ENCORE
Between the Lines by Rob Nelson

ART OF THE REAL
Celebrating 20 years of P.B.S.’s P.O.V. by Paul Arthur

PLAYBILL
Part three of the movie-poster travelogue, by Lorenzo Buj

SCREENINGS
Southland Tales by Amy Taubin, The Diving Bell and the Butterfly by Laura Kern, Persepolis by Sam Adams, The Walker by Rob Nelson, Atonement by Graham Fuller

CLOSING SHOTS
Photos from the 2007 NYFF