“Hey, how you holding up?” In this time of reaching out and touching base, we asked colleagues across the American film ecosystem how they’ve been affected by the COVID-19 pandemic, what adjustments they’ve been making on the fly, and what they expect is coming down the pike. This series will be updated regularly here as we conduct additional status checks. Ashley Clark is the Director, Film Programming at the Brooklyn Academy of Music, which is currently closed. Interview conducted via email, Sunday, March 22, with a followup on Tuesday, March 24, about the cancellation of this year’s BAMcinemaFest.

So, how are you? What’s your day-to-day, how has it changed? “What fresh hell is this?”, basically.

Hi Mark, I’m not fantastic right now, but thank you for asking! As I type, it’s Sunday afternoon, which is traditionally a fairly quiet time for reflection before getting into gear again for the week ahead. But reflecting on this whiplash-inducing past week isn’t very relaxing at all. Since BAM cinemas closed on Saturday March 14th, to quote Mark Hollis: “Oh yeah, the world’s turned upside down.” (Spirit of Eden is good listening for this moment.)

Right now it looks like all BAM film programming is postponed through the end of March. What did you have to call off; and how are you strategizing about what to reschedule? Can you?

Well, Bacurau had literally just begun its two-week run at BAM when our doors closed, and I’ve been thrilled at how speedily and creatively its distributor Kino Lorber found a way to respond to this nightmarish situation. We’re partnering with them on a virtual theatrical engagement of the film, and between us we’ll be sharing the revenue from that venture. We’ve entered into a similar partnership with Film Movement on a handful of their current in-release titles. Obviously, I believe in the primacy of the physical cinema space, and the communal experience of watching the film on the big screen; that’s why I do what I do: there is just nothing like it. But even though these partnerships are an online endeavor, we’re keeping some semblance of the theatrical exhibition process, and I really like that.

Our next repertory program, “Programmers’ Notebook: On Solitude”, wherein myself and my programming colleagues each selected some of our favorite titles each around the theme of solitude, was due to run March 20—31. That theme now seems tragically, comically apt, and we’re looking at how, across the institution, we might use it as a hook to do some creative virtual programming, and keep our audiences engaged. (BAM has launched a new cross-arts initiative called Love From BAM to say “Look, we’re still here!”, and much more besides.) I threatened to host a Netflix Party watch-along screening of Steven Knight’s high masterpiece Locke, which was initially due to screen at BAM on March 26th, and people seem weirdly enthused by the idea. So there’s that, too.

One of the first big decisions I had to make in this period—on Monday March 16, to be specific—was to halt the production of our April/May print calendar, which was by then 99.9% complete, and awaiting final sign-off. (At BAM, we program two-month “repertory and specialty” calendars two months out; so the program deadline for April/May was early February.) At the time it felt like a big—but sensible—call. Yes, lots of effort and creativity had gone into the production of the publication, but what was the point in disseminating print material that contained partially inaccurate information? It was clear that we’d at least have to postpone a good chunk of April’s programming. Shortly thereafter the CDC guidelines were published, which recommended no public gatherings of over 50 people for the next eight weeks—this shifted the goalposts once more.

It’s a testament to how quickly the situation has escalated that it now seems absurd that an April/May print calendar would ever have gone out at all! A vast proportion of our April/May programming has now been either postponed or cancelled, or reshuffled in some to-be-determined way, because we’re not sure when we’re going to be able to re-enter our physical space. And then, of course, to invoke the calming spectre of Donald Rumsfeld, there is the “known unknown” of how people will feel about re-entering public spaces when we are able to re-open, especially because the pandemic situation now seems certain to get worse before it gets better. It is not unreasonable to anticipate that it will take some time for people to feel comfortable gathering in a communal space again. That being said, I am convinced that people will be champing at the bit to resume regular social routines, see friends, and enjoy arts and culture—all of that is just too crucial to a functioning society to fall by the wayside, or to be replaced with online-only engagement. That core belief is driving me forward and keeping me hopeful.

What are the consequences for you of cancelling a program?

As you can imagine, it’s been pretty heartbreaking to see months of work and planning go up in smoke seemingly overnight, so that’s an immediate emotional consequence, on top of the obvious things like lost potential revenue, which is of course important to us even as a nonprofit. Last week was effectively a grim procession of reaching out to various filmmakers, distributors, guests, and guest programmers to let them know that we had to postpone their events and screenings, without being able to tell them when they would be rescheduled. Without fail, every single person was kind, understanding, and displayed tremendous solidarity. Yes, we are all in similar boats, but the grace that colleagues across the industry have displayed has been extremely touching.

How is your future programming affected? Thinking here about scheduling around new releases; about shipping prints; about travel arrangements; about everything that goes into putting something together for the future?

Aside from our aforementioned imperative to be creative in the virtual space in this interim period, it’s all up in the air, because everything is on hold while our physical space is closed, and people can’t go outside. In theory, there is calendar space to reschedule April/May programs for late Summer/Fall, and still retain the basic structure of our long-term program planning. But who can really say at this moment? My territory at BAM is programming repertory film, curated series, and special events, but the majority of our screen space is taken up by first-run titles, and that situation is volatile. It’s been well-publicized that major studios have pushed back big releases, and the entire shape of the year-round film calendar is constantly changing. That said, I am heartened by the commitment of distributors like A24 to pulling Kelly Reichardt’s First Cow from circulation for now, and making sure that it receives its proper day in the sun—on the big screen, where it absolutely should be seen—at a later date. We’ll need to be flexible and proactive and work closely with distributors.

First of all, I am deeply concerned about all the filmmakers, freelancers, educators, and writers whose livelihoods are immediately threatened by this crisis. I’m constantly ruminating on the harsh reality of what it means to be a film programmer who, for the time being, does not have a screen to program. And let’s face it: one constant worry—strictly from a personal-professional perspective, because I’m not insensate to the catastrophic bigger picture for the most vulnerable in society—is the future of arthouse exhibition in the face of myriad ambient and real threats, and shifting cultural patterns; the dominance of superhero films and big studio monopolies, and the proliferation of streaming options. That was the case before coronavirus. This pandemic makes the situation even more critical. It’s more important now than ever that us artistic spaces advocate for our importance, our necessity as places where people can come together and share unique, life-defining experiences. I think people will always want to come see a movie at the theater, but we can’t be complacent about it.

What are you curious to see happen?

To paraphrase The Thick of It’s Malcolm Tucker, coronavirus has come the fuck in, and I would very much like to see it fuck the fuck off. Besides that, I’d rather say what I want to happen, which is an eventual resumption of New York’s amazing, thriving cultural scene. I want BAM to come back strong. And I want to be back there, putting on events and screenings, talking to audience members, giving a platform to work by under-known and unsung filmmakers, and being a part of our community again. I hope we don’t have to wait too long.

Hey, can I follow up about BAMcinemaFest? Was it primarily about the deadlines leading up to the fest, or were you also speculating about the trajectory of the virus and stay-at-home orders? Was there any talk of rescheduling? Were other festival cancellations or delays a factor in your thinking?

The decision to cancel BAMcinemaFest was extremely tough, but ultimately the only sensible course of action. Obviously, a couple weeks ago, out of sheer hope and self-preservation of spirit, I wasn’t letting myself imagine that cancellation would be a possibility—“it’s in June, that’s miles away!” But it’s now late March, and the COVID-19 situation has worsened, with an end-date that’s totally opaque. So, taking that into consideration, it’s just not feasible for us to start booking guest travel, figure out and invest time and resources in complicated admin, or risk putting filmmakers in the position where they’d be premiering their treasured work in radically compromised circumstances. We were heartbroken for our colleagues at SXSW, Tribeca, New Directors/New Films, among numerous other festivals, when they had to cancel, and now we find ourselves in the same boat; there is definitely a sense of solidarity in that. Regarding the films and filmmakers that we’d confirmed and invited, we just have to keep those conversations open, as nothing has been set in stone yet.

Regular Film Comment contributor Mark Asch donated his fee for this series to the Cinema Worker Solidarity Fund, and encourages you to make a donation as well. By Mark Asch
For the next in our our series reaching out to folks in the movie world about the ongoing crisis, we talk to C. Mason Wells, Director of Theatrical Sales at Kino Lorber 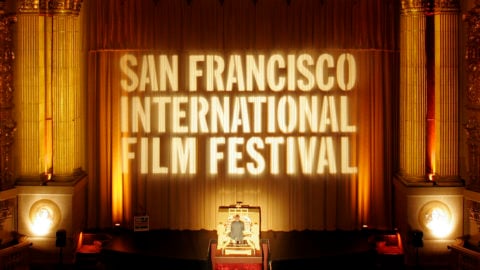 By Mark Asch
For the next in our our series reaching out to folks in the movie world about the ongoing crisis, we talk to C. Mason Wells, Director of Theatrical Sales at Kino Lorber
Subscribe to the Magazine