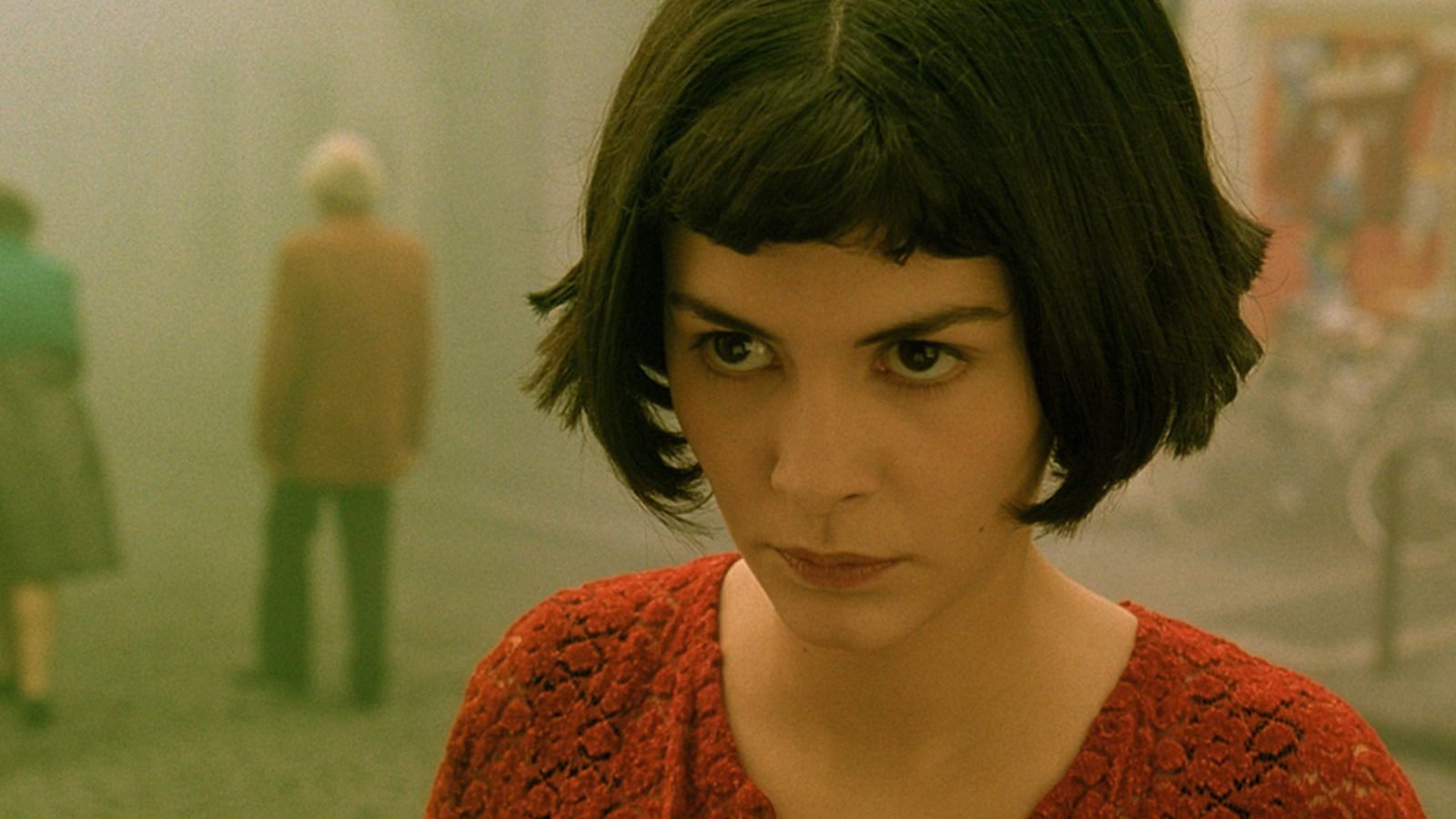 By Frédéric Bonnaud in the November-December 2001 Issue

Right from the start Le Fabuleux destin d’Amélie Poulain, or Amélie as it's now called in the U.S., was a runaway hit in France—the film has managed to sell seven and a half million tickets, which translates into roughly $40 million at the box office, a sum rarely achieved by French films at home. Our film industry is breathing a collective sigh of relief: we’ve got a hit! The miracle began with the first press screenings: everyone loved it, and even the most hardened critics applauded enthusiastically as they wept for joy. When Amélie was released in late April of this year, even serious newspapers like Libération and Le Monde discreetly took part in the general euphoria. All of which led to one big question, which quickly flared into a controversy: why wasn’t Amélie representing France at the Cannes Film Festival? Extremely embarrassed by the scale of the phenomenon, the Festival directors let it be known through a press leak that the selection committee had seen only a workprint without music, and thus were unable to appreciate the film’s true worth. Then, to make matters worse, the film’s lead actor, Mathieu Kassovitz, who was on the Cannes jury, announced with his customary tact that if it had been up to him, not only would the film have been in competition at Cannes, it would also have taken home the Palme d’Or! In May, as the paradise for artists and intellectuals that is Cannes unfolded in its auteurist ghetto and as France belatedly discovered the subtleties of reality TV with the broadcast of Loft Story (France’s equivalent to Big Brother), the country only had eyes for Amélie. . . . Back from Cannes, exhausted but pleased with the high standard of the festival’s lineup, I convinced my Inrockuptibles colleague Serge Kaganski to go with me to see Amélie, at a regular theater with a regular audience. We had missed the press screenings and hadn’t said a word about it in the magazine, as much due to crass professional incompetence as total indifference to the film’s box-office success.

After seeing films by Rivette, Lynch, Hou Hsiao-hsien, Claire Denis, Nobuhiro Suwa, Jean-Marie Straub and Claude Lanzmann, the sweet Amélie seemed rather insipid, a little boring, and, above all, too French to be true. When three inner-city youths appeared in the train station scene, I made the mistake of whispering to Kaganski: “Here come the film’s representatives of Otherness!” Whether or not my sarcastic comment influenced him, Kaganski left the film enraged, declaring his disgust with this demagogic retro postcard version of France, undeniably cleansed of all cultural diversity and, by extension, all immigrants. Determined to publicly take on Jean-Pierre Jeunet, Amélie’s creator, he vented his outrage in an op-ed published in Libération entitled “Amélie pas jolie” (“Amélie is not pretty”). He fiercely enumerated the film’s glaring weaknesses: its formal bankruptcy, its culturally unifying tone, and its glorification of what Serge Daney called “the rancid,” a distillation of moldy, stereotypical “Frenchness,” seemingly representing the country’s true cultural values and morals, but in fact far removed from the reality of present-day Paris. Kaganski emphasized that this all-white vision of the popular Abbesses neighborhood, with its countless caricatures of the “little people of France,” was hardly credible in a film that was supposedly set in 1997 (as opposed to 1951 or even before the war), and plainly revealed the suspect basis of Jeunet’s spectacle. Riding the momentum of his polemic, Kaganski stuck his neck out by asserting that Amélie would make a fine promotional film for France’s xenophobic extreme Right. He made it clear that he was not ascribing any racist intentions to Jeunet, but maintained that that was the end result just the same.

All of which set the cat among the pigeons. Kaganski found himself at the center of an increasingly vicious controversy, stoked by a press eager to get more mileage out of the year’s great French success story. Upon returning from vacation in mid-August, Jeunet responded to the article with typical subtlety by declaring that Kaganski was “wallowing in bitterness like a pig in its own shit” and that his “taste was complete crap.” What would he have said if Amélie hadn’t done as well as it did? Or if the press hadn’t been so kind when it opened? Apparently success doesn’t improve everyone.

With the controversy finally blown over, and the film continuing to hum along, I went back to see Amélie for a second time. Again, I saw a very labored compilation of effects, at first a bit distracting and increasingly hard to endure. It is a by-the-numbers movie containing no real surprises or suspense. From the start, with its omniscient voiceover that looms over the narrative as well as the audience, the film never strays from its predetermined course. The story gives new meaning to the word “thin”: little Amélie, unloved as a child, gradually opens herself to the world around her, spreads goodness wherever she goes, and finally finds Love (in the form of Kassovitz) after a long series of mishaps and coincidences. With its proliferation of clichés and false surprises, Jeunet’s film has less to do with telling a story than with slipping the spectator into its pocket with one simple technique: the complicity of the permanent wink. Amélie is one of those films that never stops reassuring the audience that it’s on their side, taking them firmly by the hand and leading them. . . well, nowhere really. In this sense it’s a very old-fashioned film. To maintain the audience’s submission, Jeunet resorts to two distinct methods: facile tricks and stereotypes, the first thriving by artificially animating the second. The audience has grown accustomed to these tricks after years of being beaten over the head with them in commercials. Characters are heavily typed until they’re transformed into familiar figures (the obnoxious merchant, his gentle, put-upon clerk, the reclusive old painter, the love-struck cashier, the big-hearted concierge . . .), and then we’re given a series of minute variations on said types. Once the audience is in familiar territory, it’s seduced by the use and abuse of in-your-face devices—like Amélie’s heart beating under her sweater or any number of crazy, ostentatious camera stunts. The frenetic piling up of, and constant emphasis on, these familiar devices, which initially make the film seem so lively, become tiresome. Jeunet creates nothing fresh, but he pulls out all the stops to conceal his lack of inspiration with a profusion of frenzied activity. What’s even more seductive is that he’s working with a very restricted iconography: the film is filled with hackneyed images of eternal “Frenchness,” from the Tour de France cyclist to playground marbles to Montmartre as the quintessence of touristic Paris; from Pierre-Auguste Renoir, the painter of French bliss par excellence, to Truffaut (in a Jules and Jim reference), the legendary custodian of French charm. This aspect of the film is as dull as it is reductive—and it’s stuck somewhere in a Fifties time warp.

In a sense, Amélie depends on the maniacal cataloguing of signifiers of a caricature France: Jeunet nails every last one. But he cleverly opts for a tone that is modest rather than grandiose, and situates his film in the realm of the trivial. As the voiceover says of its heroine, the film “cultivates a particular taste for the small pleasures”—pleasures that, in the end, engage with nothing. And if the Kaganskian thesis of the film’s objective collusion with Jean-Marie LePen’s anti-immigrant platform seems a bit excessive, it must be said that the so-called poetry that trickles through Amélie depends on a profoundly reactionary impulse—the reinstatement of a cliché snapshot image of France in order to reaffirm its enduring value. Amélie is a film that folds back on itself, a chilling return to an obsolete iconography and a frighteningly closed vision of the world. Any attempt to explain the film’s success has to deal with its underlying idea: reconciliation. The reconciliation of France with itself, with its past and its past values, and with the idea that the neighborhood is the sole desirable horizon (and between you and me, the only place where we’ll be safe and sound). Finally, when all is said and done, we can all hold up our heads with pride.