“Which of the cities visited did Your Highness enjoy the most?”…
“Each, in its own way, was unforgettable. It would be difficult to… Rome. By all means, Rome.”
—Roman Holiday In the 1930s and earlier it seems Paris held a fairy-tale grip on the American moviemaking imagination, from The Last Flight to Ninotchka, with Ernst Lubitsch joking that “Paris, Paramount” was better than the real thing. In the 1940s, Good Neighbor Latin America held sway in musicals like Down Argentine Way and You Were Never Lovelier, and the Sixties made way for Swinging London. But in the 1950s, there was one primary place to send your characters, should they need a dose of sun, of great food and wine, and of scenery made much more beautiful by the patina of age: Rome, and by extension all of Italy. A number of such films are screening this month at Film Forum in “Roman Hollywood,” a series guest programmed by Giulia d’Agnolo-Vallan exploring U.S.-based productions made in that country all the way up through the 1990s.

“Roman Hollywood” is a big and varied series, but it’s the movies made from the early 1950s to just barely into the Kennedy era that have always fascinated me the most. Hollywood’s swarming of Italian locations was about money, as its trends usually are: the exchange rate was favorable, the tax breaks even more so, the facilities and staff at Cinecitta were world-class, and as part of the deal, you got endless local color and authentic history no backlot could match. But there was a definite psychology at work, too. Italy had been liberated from Mussolini, and now it was the Americans who went to Italy for a taste of freedom. In these films, an unspoken vision of the U.S. runs like plumbing in the background: Gray flannel suits. Tract housing. McCarthyism. Rigid suburban mores. And if you violated those mores, you might find yourself in a film noir. Who wouldn’t dream of running away?

Would Audrey Hepburn’s Princess Ann have had anything like the idyll she experiences with Gregory Peck’s reporter in William Wyler’s Roman Holiday if, for example, she’d had a stopoff in bustling New York or frigid Chicago? The hedonistic joy of Rome shows most tellingly in the scene where Ann gets her hair chopped off by an initially reluctant barber. And it is a bold move—to this day, a celebrity woman who chops off her locks can expect a tsunami of male whining on social media. But Ann has her way, and in the end, the barber is enchanted. “It’s just what I wanted,” she tells him, beaming. Only now is she truly ready for Rome—to zip around on a motorbike, dance on a pier, and escape her country’s secret police. Who could manage all that while hampered by a sister-wife curtain of 19th-century hair?

Three Coins in the Fountain

None of those old shibboleths matter when you’re in Italy, as Jane Hudson of Akron, Ohio (Katharine Hepburn) discovers in the arms of Venetian antiques dealer Renato de Rossi (Rossano Brazzi) in Summertime, David Lean’s beloved 1955 romance. Renato’s nine years younger? In Italy, that’s not a problem. His marriage, that’s a problem, but it need not be a barrier to a night of sexual bliss. Jane and Renato’s consummated romance drew the ire of the Catholic church, but also gave a thrill of joy to any lonely Americans watching the babies boom without them.

Giving buttoned-up Americans a thrill was pretty much Rossano Brazzi’s job description for several years, in numerous films such as The Light in the Piazza, which isn’t in the series, alas, and also in Three Coins in the Fountain, which is. Three Coins is a three-girls movie, a recurring Hollywood structure that had a particular vogue in the 1950s and became a specialty for Jean Negulesco, who also directed How to Marry a Millionaire, Woman’s World, and The Best of Everything.

Brazzi plays Giorgio, a translator with a joyous peasant family. This time, rather than having to wave goodbye to his love, he finds happiness with no less a catch than Anita, played by Jean Peters, the woman who got Howard Hughes to settle down (kind of). Maggie McNamara (Maria) lands an authentic prince, delightfully named Dino (no, seriously) and played by Louis Jourdan, who of course wasn’t Italian, but in Rome one doesn’t quibble. (The talented McNamara suffered from mental illness and, apart from a memorable role in Otto Preminger’s The Moon Is Blue, had a sadly truncated career.) One doesn’t quibble either about the most touching of the three romances, enacted by secretary Dorothy McGuire (in one of the very few roles where she didn’t play a mother) and Clifton Webb as the irascible author she works for. Webb only and always read as gay on screen, but such is the atmosphere of the movie, and of Rome, that this seems a trifling obstacle. Two Weeks in Another Town

In Rome Adventure, directed by Delmer Daves, Brazzi’s older-man character once again brings joy to the heart of a repressed American, this time Suzanne Pleshette, as a librarian who wants to experience life and romance and is helped enormously by the fact that she looks and sounds like Suzanne Pleshette. By then, it was 1962, and perhaps society’s constraints were beginning to reassert themselves; our librarian winds up not with the handsome Italian, but with the architect played by the toothily and eternally American Troy Donahue.

By then it was plain that even Italy has some bitter with the sweet. Vincente Minnelli’s great Two Weeks in Another Town, made the same year as Rome Adventure, goes so far as to flip the equation: a movie producer (Kirk Douglas) and his venal ex-wife (Cyd Charisse) are the reckless hedonists, while Italy is full of warmth and innocence, particularly in the person of Veronica, played by the late, luminous Daliah Lavi.

Even before that, Joseph Mankiewicz was signaling that Italy’s Old World delights still concealed dangers for outsiders, via the real-life pleasure-seeker Ava Gardner in the title role of The Barefoot Contessa. She plays Spanish dancer Maria, whose spectacular beauty propels her to great stardom via the friendship of Harry Dawes (Humphrey Bogart, in a performance so unobtrusive that not everyone appreciates its greatness). But her eventual downfall comes—wait for it—via Rossano Brazzi (him again?) as Italian Count Vincenzo Torlato-Favrini. Brazzi’s quiet, self-hating yet sadistic delivery of the count’s speech about why he cannot consummate his marriage with Maria may well be his finest acting moment of the decade. Even back in 1954, when his disastrous 1963 Cleopatra wasn’t even a dot on the Tiber’s horizon, Mankiewicz knew the Americans’ Roman holiday would eventually end, as all holidays must. By Ina Diane Archer
Midlife Gothic: Carson McCullers and Tennessee Williams on the horror of a certain age, as adapted for the big screen By Steven Mears
Something wild: in The Barefoot Contessa and Mogambo, the actress lends some animal intensity to otherwise fanciful plots 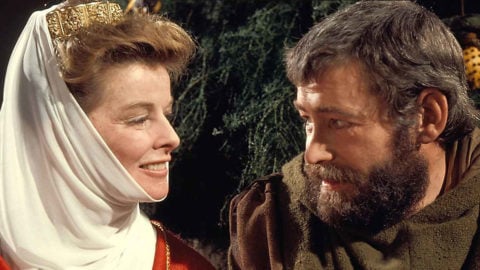 By Ina Diane Archer
Midlife Gothic: Carson McCullers and Tennessee Williams on the horror of a certain age, as adapted for the big screen

By Steven Mears
Something wild: in The Barefoot Contessa and Mogambo, the actress lends some animal intensity to otherwise fanciful plots
Subscribe to the Magazine