By Michelle Orange in the January-February 2015 Issue

Before shooting the emotionally gory climax of his fourth feature, Force Majeure, Ruben Östlund turned to a consistent source of inspiration: YouTube. The scene in question depicts Tomas (Johannes Bah Kuhnke), a privileged and reasonably handsome man, on vacation at a French ski resort with his attractive wife and their two porcelain children, slumped on the floor in his underpants outside the family’s room and flooding the halls, as his wife glowers overhead, with what Östlund has called the “worst man cry ever.”

It is a YouTube-ready phrase, and it suggests a vast and faceless hunger—for spectacle, for some definitive example, for something real but otherwise hidden. It suggests other things, too, which is why, I suspect, that Östlund asked Kuhnke to base this rendition of the worst man-cry ever on performances already approved by popular vote. The most frequent return on a YouTube search of the phrase involves a clip of former professional boxer Rocky Lockridge breaking down during an episode of A&E’s Intervention. It’s really two men crying—Lockridge’s son, then Lockridge himself—but it’s the surprise elicited by the abjection of an icon of masculinity, and the intensity of his keening, that set off a YouTube avalanche: the clip has been remixed to a dubstep beat, a Wookie song, and the Carpenters’ “Close to You.” Even more Lockridge remixes come up under a search for “best man cry ever.”

Winning A Certain Regard jury prize at Cannes last year, Force Majeure, in many respects the culmination of 40-year-old Östlund’s career to date, has brought the filmmaker international acclaim. His four features, four shorts, and in a way even the extreme skiing videos with which he started out form a strikingly coherent body of work. In their fascination with behavior, detached from but not without feeling for their subjects, Östlund’s films suggests a distinctly generational sensibility, one with an innate appreciation of the phenomenon, as epitomized by YouTube, by which our best and worst sides combine, to hugely watchable effect.

Embarrassment, shame, mishap, and especially emasculation are, in Östlund’s films, common byproducts of modern Swedish life. Both The Guitar Mongoloid (04) and Involuntary (08), both of which are vignette-driven, move between unconnected stories in which a cross-section of characters behave according to some form of contract—social, professional, cultural, gender—to deleterious result.

In the earlier film, the director’s debut feature, a lonely kid roams the city with his guitar, his mother and father alternately scolding and indulging, but never parenting him. Elsewhere a series of exceptionally stupid macho dares between friends draw the participants into real danger; studies in anticlimax, these scenes lay bare masculine identity by focusing on the awkward, uncinematic margins of its rituals. A version of this oblique approach recurs in Involuntary, when horseplay between male friends on holiday gives way to what can only be called a sexual assault, and again later when a schoolteacher witnesses her colleague abusing a student. Involuntary also follows two teenage girls from their bedroom preening for a laptop camera to a perilously drunken night out; the serious injury of a dinner party’s host who insists that his guests disregard it; and a standoff between a bus driver and his passengers over accidental damage to the bathroom.

The Guitar Mongoloid and Involuntary established Östlund’s distinctive style of long takes, stationary camera, and deceptively indifferent positioning of actors. Entire scenes play out, for instance, with the camera trained on characters’ lower legs, or the backs of their heads. Östlund is more interested in what is communicated by the arrangement of bodies in a shared and provisional context than what’s conveyed by individual faces. It’s rare to get a good look into the eyes of any of his characters; their natures are revealed through their negotiation of other people along a modest spectrum of incident rather than through psychology or backstory. The picture-window quality of Östlund’s direction reframes individuals as products of their surroundings, offering a study in both reaction and transience. The view is strictly limited and in constant flux.

At the moment when we meet them, however, Östlund’s characters are often trapped—by the camera, by circumstance, by custom, by their ineluctable Swedishness, and, perhaps, by their instincts. Östlund based his third fiction feature, Play (11), on a true story about a group of young criminal immigrants who successfully played out the same scenario over and over: the youths, all dark-skinned, targeted slightly younger, well-off (usually white) boys, using an intimidation ploy to essentially talk them into giving up their phones. In Play, the thieves operate out of a cavernous mall, where their well-honed hustle, dependent on the cowed passivity of their victims, produces consistent results.

The con in Play is excruciatingly drawn out, with Östlund focusing on the slow-motion reaction of its three victims, whose will to self-preservation appears boggled by a number of cultural forces—the film’s racial dynamics provoked controversy in Sweden—as well as the shock of interference in heretofore smoothly running lives. The boys’ appeals to various authority figures prove useless, as if to confirm their sudden powerlessness. The hustlers, just as suddenly in control, revel in testing and extending the limits of their domain.

Against expectations, the two groups of boys do briefly merge to become one. It is the nature of Östlund’s world that the group prevails, and individuals who resist absorption are shown to suffer. In Play, individuation from the group leads to punishment, just as it does, even more distinctly, in Force Majeure, which unfolds in the wake of Tomas’s reaction in a moment of jeopardy. As he and his family dine on the ski resort terrace, an avalanche bears down on the hotel: whereas his wife Ebba (Lisa Loven Kongsli) lunges for their children, Tomas bolts, but not before grabbing his phone. Östlund makes the fog of crisis literal: the avalanche stops short and a thick mist of snow envelops the terrace. When the air clears, we find Ebba and her children shaken but unharmed.

Tomas returns to the table, affecting hearty disbelief, but Ebba simmers over the episode, and her husband’s denial of his actions; soon it’s all she can talk about. The film scrutinizes Tomas’s undoing, as a kind of gradual denaturing reduces him from New Age patriarch to sobbing heap, pouring out confessions to adultery and other sins. “You’re not the only victim here. I’m a victim too!” he wails to his wife. “I’m a victim of my own bloody instincts!”

Östlund has claimed that his goal in making Force Majeure was to increase the divorce rate. What separates the film from the simplicity of that ambition (and from the work, for instance, of a filmmaker like Michael Haneke) is the ambivalence pulsing under every scene. It is this extraordinarily human quality that lifts and complicates Force Majeure, causing what could have been another bleak indictment to all but vibrate.

There is ambivalence embedded even in the way the main theme, a passage of Vivaldi’s “Summer” as rendered by accordion phenom Alexander Hrustevich (another YouTube find), complements the film’s sub-zero atmosphere. It’s never more apparent perhaps than in the film’s treatment of Ebba’s decision, following the avalanche, to spend a day skiing by herself. If her instinct is to preserve the family unit, more than once she demonstrates scant consideration for those outside the fold. Throughout Östlund’s work, the perils of individuation are held in tension with those of maintaining any kind of united front, as when Ebba, crouching alone to pee in the snow, glimpses her family through the trees, skiing down a nearby slope. The moment earns what may be the only close-up in any of these films: Ebba’s face, suffering and torn, filling the screen.

The origins of Östlund’s project, and its animating sensibility—a cross between extremely close observation and cool, wide-eyed style—can be seen in his earliest films, both of which are very personal documentaries. Let the Others Deal With Love (00), a brief elegy to the male friendships that sustained Östlund through his youth, ends with a communal laughing jag that dissolves, for one member of the group, into helpless tears. Family Again (02) reunites the director’s parents, who divorced when he was 4, for a raw but surprisingly affectionate and deeply European postmortem. The parents can’t agree, of course, on what really happened. Östlund’s father, a lanky, tender sort, finds melancholy companionship in his little dog, Ebba. His mother, an artist and supposed iconoclast, lives happily alone, to the consternation of both men. “Do you find this hard to listen to, Ruben?” his mother asks, after mentioning an affair. “No!” cries the offscreen Östlund. “Carry on.”

Later, Östlund’s father describes the son’s yearning for the family to reunite, and how, unanswered over time, that yearning languished and disappeared. “It’s like something broke inside of you,” he says, turning to face the filmmaker. The film ends there, with the faint muffle of what sounds like young Östlund himself, weeping softly behind the camera. 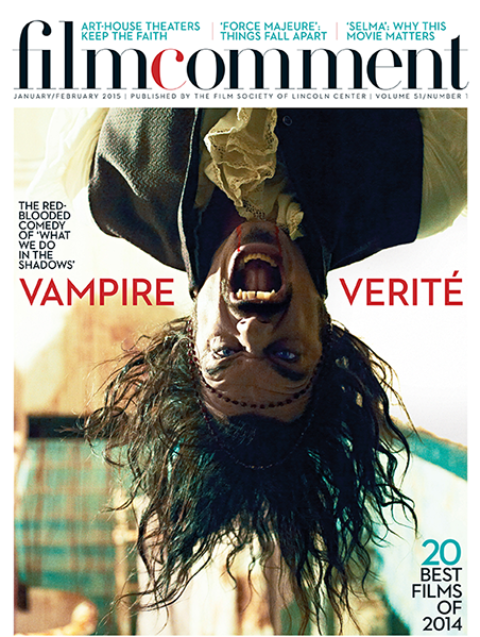 From the January-February 2015 Issue
Also in this issue
Site Specifics: timebombtown.tumblr.com By Violet Lucca
Hot Property: Bypass By Nicolas Rapold
Sunshine and Shadow By Farran Smith Nehme
Subscribe to the magazine By Violet Lucca
Psych 101: the director of Force Majeure describes his love for YouTube and philosophical debate 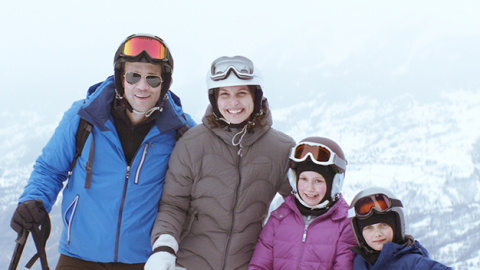 Film of the Week: Force Majeure

By Jonathan Romney
Of mice and men: Ruben Östlund continues his exploration of our most basic instincts

By Violet Lucca
Psych 101: the director of Force Majeure describes his love for YouTube and philosophical debate

Film of the Week: Force Majeure

By Jonathan Romney
Of mice and men: Ruben Östlund continues his exploration of our most basic instincts
Subscribe to the Magazine