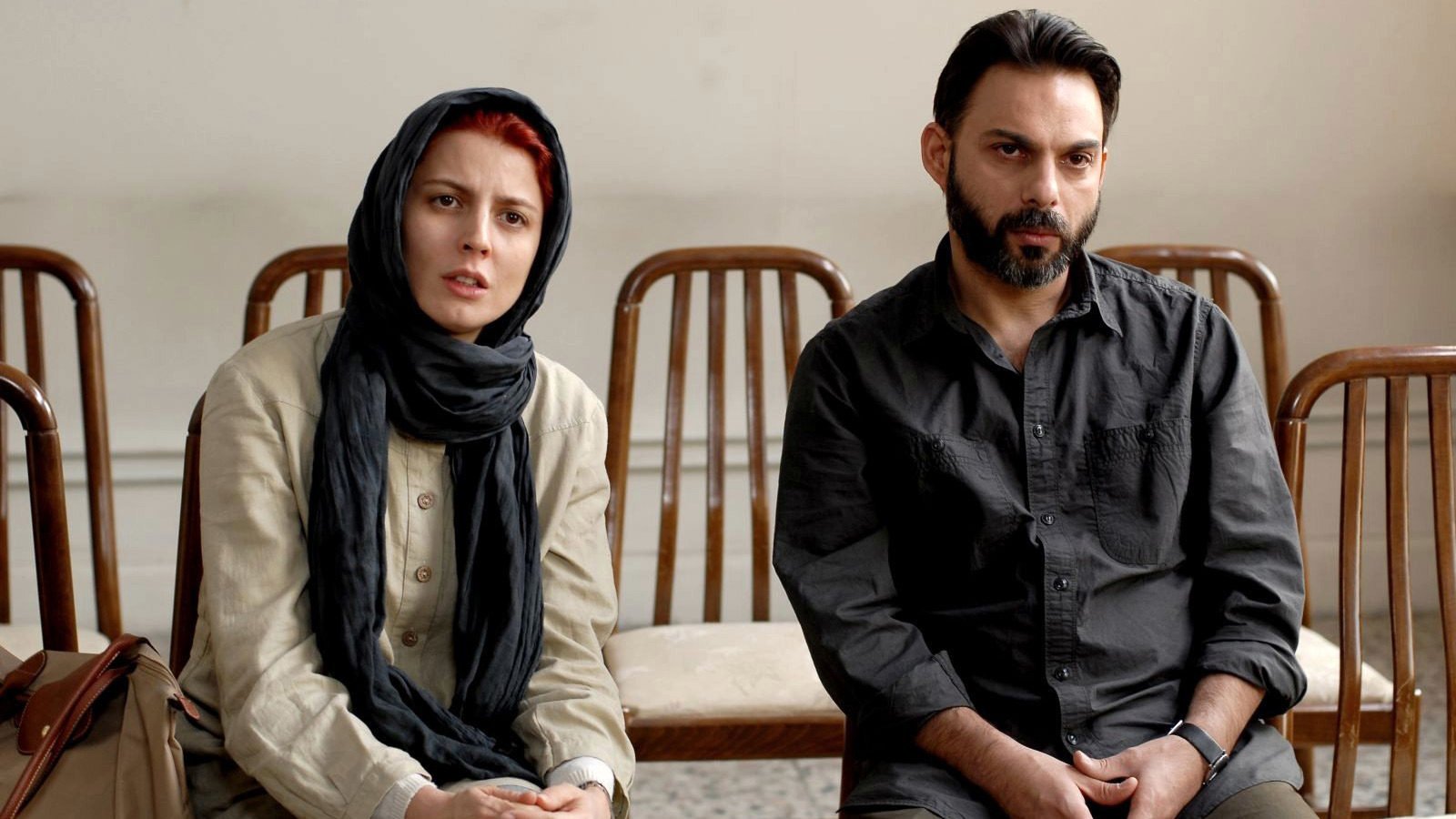 By Godfrey Cheshire in the January-February 2012 Issue

In February 2011, Asghar Farhadi’s drama of marital entropy A Separation cleaned up at the Berlin Film Festival, becoming the first Iranian film to win the Golden Bear, the event’s top prize, as well as the Ecumenical Jury Prize and collective Silver Bears for Best Actor and Best Actress for its male and female ensembles. In France, the film opened in summer and by fall had racked up nearly one million admissions, more than five times that of any previous Iranian film. Back in Iran, it has also received awards and is the country’s nomination for the Best Foreign Language Film slate at the next Academy Awards. Farhadi’s film is already the Iranian cinema’s biggest international critical hit in over a decade and, commercially, looks set to become its most successful export ever. By any reckoning, A Separation confirms the arrival of a major auteur, Iran’s first since the late Nineties. Given the fecundity of Iranian cinema since the Seventies, it could be said that any formidable new talent stands on the shoulders of giants. And while that’s certainly true of Farhadi, his new film owes strikingly little to the well-known precedents. Its surprising originality, in my view, has a lot to do with a word that Farhadi used several times in different contexts when I interviewed him last September during the New York Film Festival: complexity.

A Separation, Farhadi’s fifth feature, opens with the light of a copy machine scanning a succession of legal documents, including passports. Then, from the POV of an unseen magistrate, we gaze head-on at an upper-middle-class couple discussing their reasons for wanting a divorce. There’s tension and exasperation between the two, but no overt hostility. Simin (Leila Hatami) wants to emigrate and has a visa that must be exercised within 40 days. She’d love for her husband Nader (Peyman Moadi) to go with her. He’d love that, too, but feels he must stay and take care of his father, who has Alzheimer’s. The couple’s predicament is further complicated by the fact that they have an 11-year-old daughter. 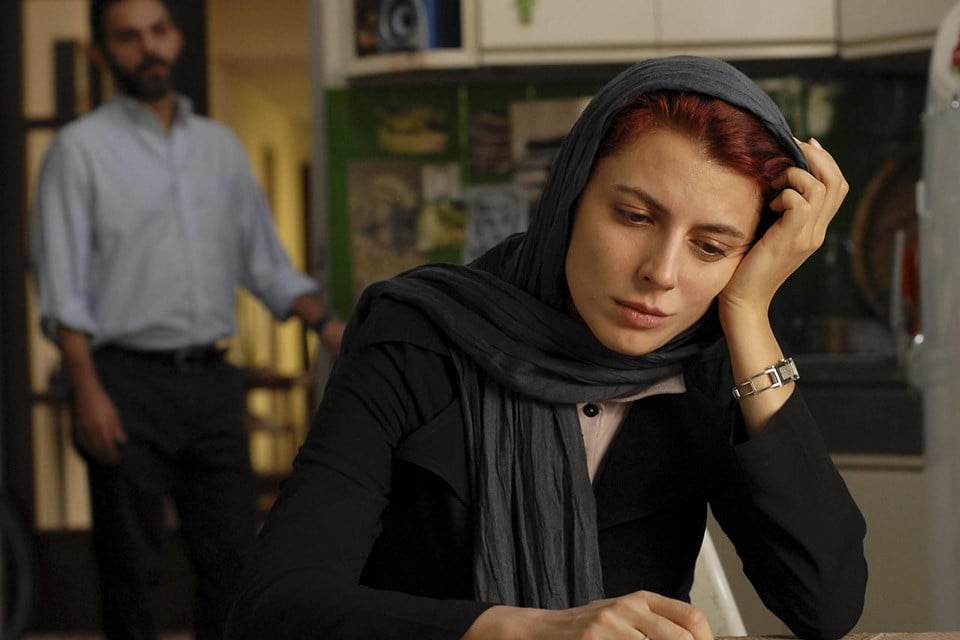 Asked if she doesn’t think her child would have a good future in Iran, Simin replies that she’d rather the girl “didn’t grow up in these circumstances.” The magistrate responds: “What circumstances?” The question doesn’t elicit an answer because none is necessary. Everyone knows the social constraints that would make an educated, affluent woman want to leave Iran, and in an Iranian film of the Nineties, this might well have been the sole subject: the oppression even well-to-do women face there. But for Farhadi, this is background, not subject. In this initial scene, the important thing is that both characters come across as decent ordinary people with equally compelling reasons for their positions. What woman wouldn’t leap at the long-dreamed-of chance to leave Iran? What son would abandon his stricken father for the same opportunity? The film’s emotional complexity begins with the fact that most viewers will be induced to sympathize deeply with both sides in this standoff.

When they return to their apartment after the separation has been granted, Simin hurriedly packs—she will live with her parents until leaving the country—and tries to talk to her mopey daughter, Termeh (Sarina Farhadi), who rebuffs conversation. Termeh has elected to stay with her father in the hope that this might coax her mother to return. When Simin departs, Nader has to find someone to care for his father (Ali-Asghar Shahbazi) while he’s at work. The pious lower-class woman he hires, Razieh (Sareh Bayat), arrives accompanied by her little daughter, Somayeh (Kimia Hosseini), and immediately runs into a problem. Nader’s father has soiled his pants and can’t clean himself. Razieh calls a religious hotline and asks if it’s a sin for her to help the man. She is told that it isn’t, but when Nader comes home, she tells him that the task is not proper for her and suggests he hire her husband, Hodjat (Shahab Hosseini). Nader tries, but when the hot-tempered Hodjat’s troubles with his creditors prevent him from taking the job, Razieh reluctantly returns.

The drama’s crux comes one day when Nader arrives home early and finds his father unconscious on the floor, one hand lashed to the bed. Razieh, who is pregnant, has left him and gone out to run her own errands. When she returns, Nader explodes in anger, not only castigating her for abandoning his father but also accusing her of stealing money. As she swears by Imam Hossein (the subtitles say “our martyrs”) that she took no money, he grabs her chador and shoves her out the door. (Men and women touching affectionately in Iranian films is forbidden. While hostile physical contact is permitted, seeing a man grappling with a woman is still rare enough to surprise.) The next day, Simin and Nader rush to the hospital when they hear that Razieh has suffered a miscarriage. The woman leads her family, including her furious husband, to believe that Nader’s shoving caused her to lose the child. Nader soon faces a court investigator who is considering murder charges, while he contemplates filing his own charges against Razieh for endangering his father’s life. Earlier, when Simin and Nader return home from the hearing, Farhadi introduces a seductively elaborate mise en scène. The couple’s well-appointed Tehran apartment features numerous internal windows and glass partitions, enabling cinematographer Mahmoud Kalari’s fluidly mobile camera to follow and constantly reframe the characters while remaining obviously cut off from them. This technique, which recalls films as varied as Altman’s The Long Goodbye and Fassbinder’s The Stationmaster’s Wife, sets up a visual dynamic to match the drama’s emotional and moral dynamics: our perspective constantly shifts as we peer at one character and then another, trying to grasp their thoughts and motives, and work out our feelings about them. The task grows ever more intricate. While the film’s first scene sets up dialectics between husband and wife, male and female, as well as remaining in or leaving Iran, its subsequent unfolding involves us in the conflicts within another marriage, and between two couples of different classes, and even between two young daughters and their elders. In describing these relationships and tensions, Farhadi keeps our sympathies thoroughly engaged without allowing them to rest too long or fully with any character; as the drama heads toward its conclusion, its emotional complexity only deepens.

Farhadi tells me he started out wanting to make films, but when he arrived in Tehran for university (he was born in 1972 and grew up in Isfahan) he was assigned to study theater. In retrospect, he says, this apparent setback was the best thing that could have happened to him. He fell in love with theatrical literature (he wrote his bachelor’s thesis on the functions of pauses and silences in the work of Harold Pinter) and began writing plays himself. This led to writing for Iranian radio and then for television, where he began directing. His first two features, Dancing in the Dust (03) and Beautiful City (04), concern young men whose difficulties with women are compounded by problems with poverty and the law. Solidly made, the films feature protagonists played by nonprofessional actors, a familiar practice in Iran but one that Farhadi subsequently abandoned in deciding that only trained actors could offer the greater complexity he was aiming for.

When asked which Iranian directors he identifies with, Farhadi names Bahram Beyzai and Dariush Mehrjui. These two filmmakers are regarded by Iranians as among their greatest; Farhadi feels they are less well known outside Iran because their work remains rooted in Iranian social reality rather than “trying to explain Iran to the world.” While the affinity with Beyzai partly relates to his status as a giant of Iranian theater, Mehrjui was one of the first directors in the postrevolutionary period to focus on Iran’s new moneyed class, which Farhadi has treated in his last three films. Fireworks Wednesday (06), an ingeniously plotted drama of marital infidelity, features a more meticulous and nuanced style than the earlier films. The stylistic leap reached full fruition in the writer-director’s About Elly (09), which won the Silver Bear in Berlin that year. A multilayered, enticingly muted drama, it fo-cuses on several Tehrani couples vacationing on the Caspian Sea who are thrown into turmoil when a friend, a single woman, disappears. The focus on marriage and its discontents, on lies and betrayal and the underlying longing for justice, the emphasis on strong performances, elaborate staging, and carefully honed writing: these hallmarks of About Elly and A Separation come to mind when Farhadi mentions one of his favorite American films, A Streetcar Named Desire, which he values for the wealth of interpretative possibilities that Elia Kazan finds in Tennessee Williams’s play. With considerable skills as both writer and director, Farhadi seems the major Iranian filmmaker most suited to making a leap to the world stage. And indeed, his next project will be a collaboration with French-Iranian playwright Yasmina Reza (Art, God of Carnage), to be set in both France and Iran. Now based in Berlin, Farhadi will move to Paris to make what will be his first international production.

Godfrey Cheshire is a critic and filmmaker based in New York. Seeing the World: An Interview with Richard Peña Article from the May-June 1999 issue

By Emma Myers
(Asghar Farhadi, France/Italy, 2013)
Subscribe to the Magazine

Seeing the World: An Interview with Richard Peña

Article from the May-June 1999 issue