Sundance Dispatch: Beats and The Vast of Night Sundance 2019 is nearly half over and so far I haven’t seen any narrative fiction films as exciting as two I saw in Slamdance, which is celebrating its 25th anniversary as the alt-Sundance. Over the years the funky festival at the top of Main Street has become a bit more savvy about projection and, while its headquarters are hardly glamorous or of any use to star gazers, there is a sense of creativity at the place—as if a film festival isn’t just about deals or networking. Although Steven Soderbergh got his big break in 1989 when sex, lies, and videotape played at Sundance (that year it was still called the U.S. Film Festival) he has always been supportive of Slamdance, which this year honored him with its Founders Award and put his photo in a bewitching long gray wig in the lobby—I guess so that no one would recognize him when he showed up in person. Soderbergh is the executive producer of one of the two terrific films I saw at Slamdance; Brian Welsh’s Beats, and he tipped me off to the other, Andrew Patterson’s The Vast of Night.

Although I’m pretty resistant these days to straight-white-boys-coming-of-age films, Beats is so tender in its depiction of the friendship between two working-class teens living in a wretched town in Scotland in 1995 and finding freedom through the rave scene, and is so accomplished in its storytelling—it’s not only the boys who escape their imprisoning lives in a druggy, mind-blowing, eye-opening, open-air, law-defying rave, but the film itself, in a third-act breakout that has the nerve not merely to sample the delirious experience of hundreds of kids coming together through music, but to sustain that delirium long enough to override conventions of how the climax of a film should be shaped—that I wanted to find out how and why it was made.

Welsh was 13 in 1995 and rave was his life. He became a DJ, did a lot of drugs and therefore wasn’t much of a student, but at a technical college he discovered that he liked to write and edit film. His work as a documentary editor led to the London Film School accepting him on an editing track, but he ended up directing a feature. “Just a student film,” he says, but it made it possible for him to get funding for what he considers his first film, In Our Name. What caught Soderbergh’s attention was his direction of the Emmy Award–winning final episode of the first season of Black Mirror. It helped, he says, that he didn’t know the rules of television and that he had a producer who didn’t care about that.

We talked in the Slamdance offices where Welsh had just arrived after an overnight flight from the Rotterdam Film Festival. Among the things he told me in a very few minutes was that, although he had been an editor, this film wasn’t found in the editing. Rather, it was fully storyboarded and it was the prep that allowed him to take the risk of the time-expanding rave sequence. The most difficult part was the casting. It wasn’t just finding the right actors for the two adolescent boys; there had to be chemistry between them. We have to believe that although they are polar opposites, their friendship is deep and necessary. He wanted Lorn Macdonald to play the volatile, wildly demonstrative boy, but finding an actor who could be his counterpart was so difficult that Welsh thought he might have to cancel the film. But Macdonald suggested that he see Cristian Ortega, who was in fact his friend, and it proved the perfect match. I think that Macdonald will get a lot of attention, and he should, but it is Ortega, who never seems to change his facial expression for the entire film, who draws you into the experience of finding freedom through music. It is a unique, even Keaton-esque performance, as true as it is strange, funny, and very touching. The Vast of Night

Among the many things that can be said of The Vast of Night is that its director Andrew Patterson does the ’50s without a trace of David Lynch. Patterson, who’s in his mid-thirties, lives and works in Oklahoma and acquired his formidable technical skills through making commercials and promo pieces. He wrote and discarded many scripts before he arrived at The Vast of Night, which he describes as falling through a rabbit hole into an episode of The Twilight Zone, not as that piece of nuclear-panic Americana is ironically remade or reframed today, but as it gives the period and its representations, then and now, the seriousness it deserves. For me, The Vast of Night was the kind of discovery that one comes to Park City for, a display of visionary moviemaking intelligence equal to that of my most memorable Utah experiences; Richard Kelly’s Donnie Darko or Shane Carruth’s Primer, or for that matter, Christopher Nolan’s Following, which also premiered at Slamdance. The Vast of Night is an alien invasion film in which the aliens are kind of heard but never seen. When I asked Patterson if there was a metaphor in the film for the terror about disenfranchised human beings crossing the Southern border, he said the film was not conceived in that way, but it was a fine interpretation. More about Patterson and his brilliant debut feature when it’s released. By Devika Girish
Astral traveling: The spirit of Afro-futurism is beautifully embodied in the all-star collective The Ummah Chroma's short film 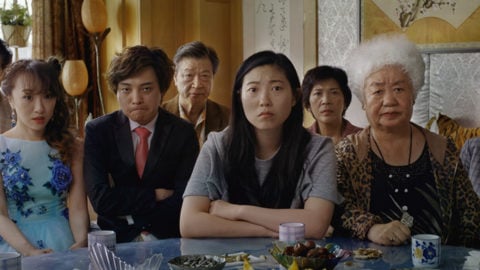 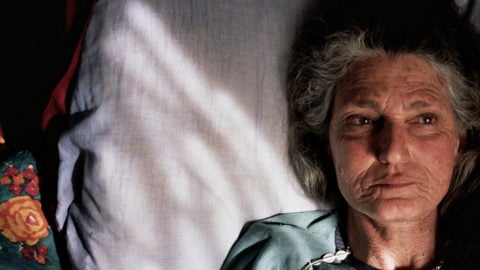 By Nicolas Rapold
The calm before the storm: the first of a series of updates from Park City highlights a few of the films we're most excited about

By Devika Girish
Astral traveling: The spirit of Afro-futurism is beautifully embodied in the all-star collective The Ummah Chroma's short film

By Nicolas Rapold
The calm before the storm: the first of a series of updates from Park City highlights a few of the films we're most excited about