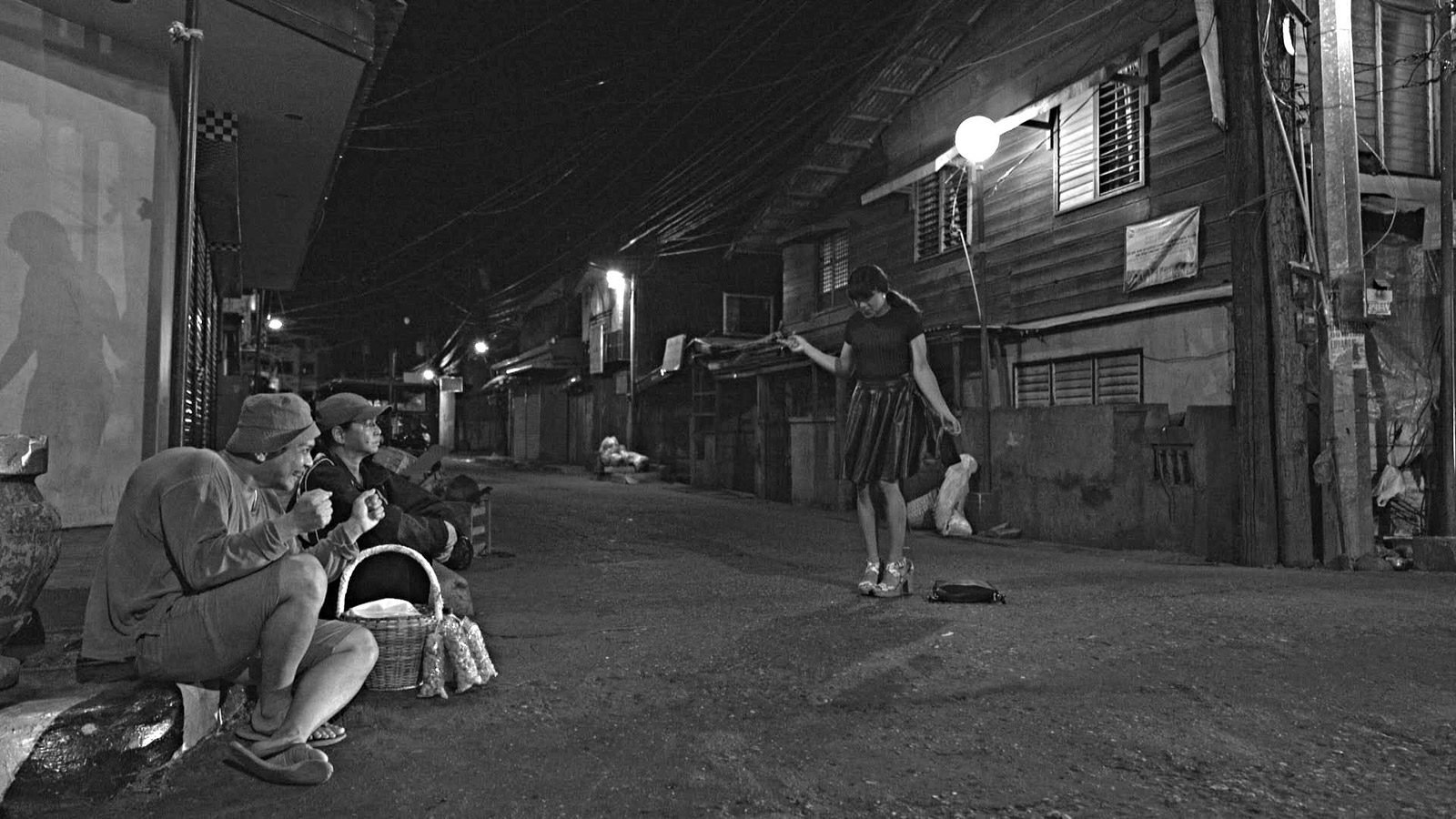 Review: The Woman Who Left

By Stuart Klawans in the May-June 2017 Issue

It takes five or six minutes to read Tolstoy’s fable about unjust imprisonment, “God Sees the Truth, But Waits.” Afterward, you might spend a few years absorbing its lessons about suffering, simple goodness, and the wisdom of leaving vengeance to the Lord, but the text is economical. By contrast, it’s the work of almost four hours to view The Woman Who Left, which writer-director-cinematographer-editor Lav Diaz has based on Tolstoy’s story more or less as a circus ringmaster bases an elephant on a beach ball. If you last through the finale, you might feel that Diaz’s lessons—bite-size compared to Tolstoy’s—have been consumed along the way, leaving nothing but peanut shells.

And yet The Woman Who Left has its strengths, the main one being Charo Santos-Concio, the formidable star of Philippine cinema cast as Horacia, a schoolteacher condemned to a prison farm for a murder she didn’t commit. Like Tolstoy’s protagonist, Horacia is exonerated after 30 years when a fellow inmate, conscience-stricken, owns up to the crime. Unlike Tolstoy’s character, Horacia is not male, does not struggle with herself over whether to take revenge on the confessed killer (who has committed suicide), and does not die in the fullness of submission to God. She just goes free, to trudge on dusty streets and bump along in buses back to her hometown, where she quickly understands there’s no life for her to resume.

Diaz’s measured pace serves Santos-Concio well during these early scenes, giving her time for stoic acknowledgments (interrupted by sobs) of her encounter with a world that’s moved on. Meanwhile, Diaz’s stationary, middle-distance views and studied compositions, often planned as interlocking planes of light and dark, absorb Santos-Concio into a charged visual field, which she doesn’t so much occupy as disturb. Her performance is so emotionally centered, so deeply though quietly physical, that the gestures almost ripple through the atmosphere. Too soon, though, this sustained, observational approach splinters, as Horacia begins to stalk the rich, politically connected man who was responsible for her imprisonment. Having moved to his city, she seems to split into two personalities, nocturnal and daytime, masculine and feminine, that demand separate aliases. As Renata, she roams the streets at night in a man’s fatigues and sneakers, so she can spy on the home of the “mastermind.” To keep an eye on the church where this villain regularly attends mass, she becomes Leticia, lingering for hours with a white shawl draped over her head.

Despite the hint of violent revenge to come, little suspense accrues in these stake-outs, in which the action focuses not on Horacia’s intentions but on her interaction with the wretched characters she meets and helps. She passes the nights with a hunchbacked, simple-minded vendor of street food—the boiled-in-the-shell duck embryos known as balut—who has the tiresome habit of avoiding populated areas and then complaining that he has no customers. During the day, she prefers the company of a ragged madwoman who haunts the church, raving repeatedly and at length, though without surprising experienced moviegoers, that the outwardly pious parishioners are “demons.”

Completing this assembly of the symbolically miserable is a much-abused transsexual streetwalker called Hollanda (John Lloyd Cruz), who suffers from epilepsy and becomes a surrogate for Horacia’s missing son. The year is 1997, and the country is undergoing a wave of kidnappings for ransom, which keep Philippine officials and journalists exercised throughout the film; but poor, obscure young people like Hollanda, or Horacia’s son, can disappear without a trace, and nobody gives a damn. Horacia alone cares. Such is the message of the film’s half-sentimental, half-tendentious scheme, which in its diagrammatic clarity forecloses the gradual, unforced revelations that are promised by Diaz’s style. I can’t say whether the caring, avenging Horacia is eventually redeemed, but toward the end of the film, Diaz might be. He finally shows you what his heroine might have been (other than a paper saint) when, with a broad smile and ringing voice, she jollies Hollanda into singing “Somewhere” from West Side Story. For once, Horacia seems alive; after which Hollanda, too, gives a one-time-only demonstration of her potential, when Diaz lands her in jail, and she shows the cops her very deliberate, contemptuous defiance.

To some viewers, this might be too little, much too late. But Diaz does, finally, allow Horacia and Hollanda to act as independent agents, not just figures for him to move around. At that point, his attenuated though frequently compromised style (which allows for just a little color here and there, just a few cuts within scenes) at last conveys something more than the director’s abundance of caution.

The Woman Who Left will screen at the Film Society of Lincoln Center.