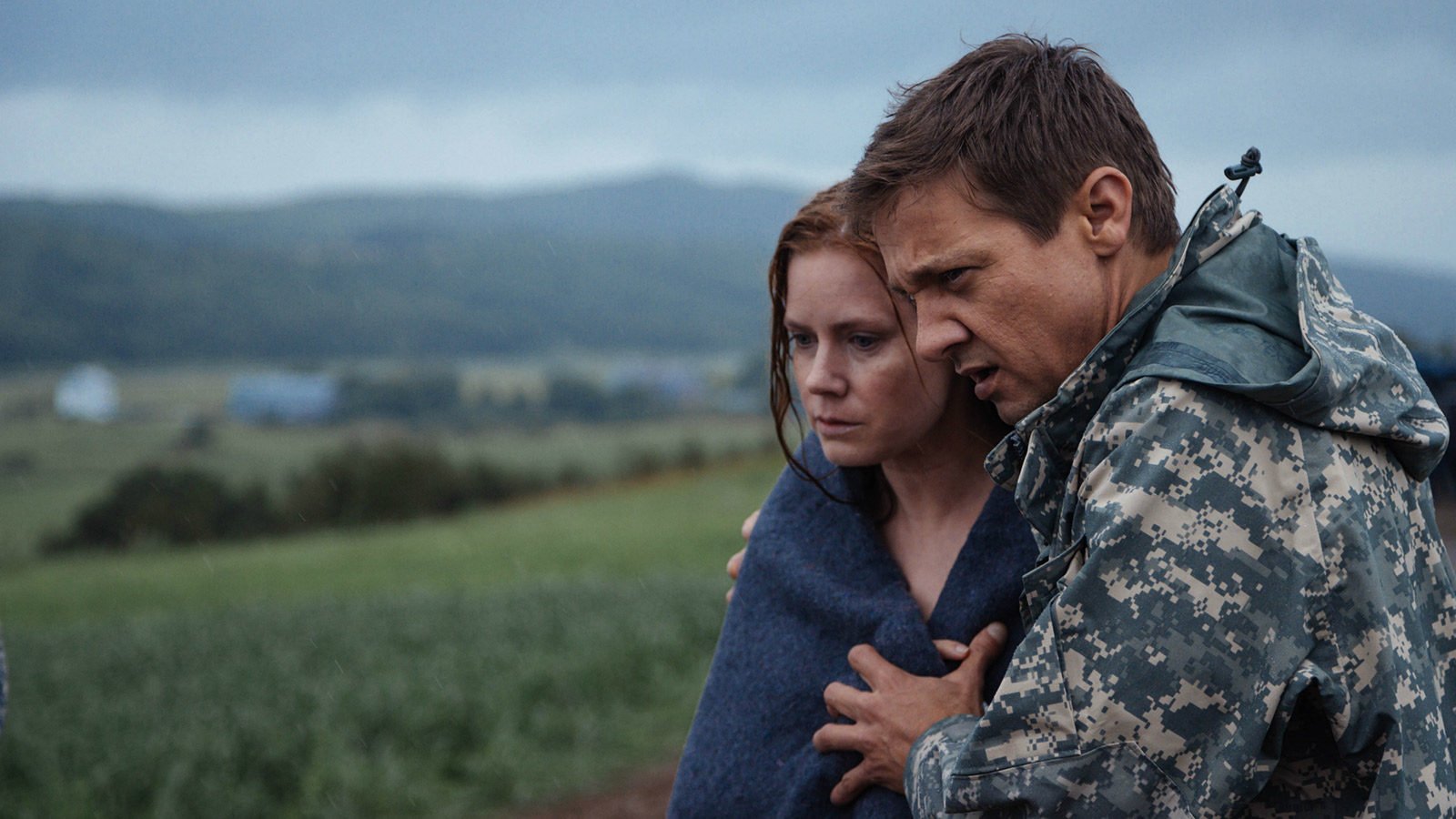 By Devika Girish in the November-December 2016 Issue

A Spielberg-Nolan lovechild of sorts, wondrous and mind-bending in equal parts, Denis Villeneuve’s latest is a quintessential science-fiction blockbuster steeped in genre traditions and made singular by Amy Adams’s transporting performance. At the outset of Arrival, 12 ovoid monoliths descend upon the earth, as opaque and ominous as their Kubrick precursors. Their puzzling passivity (no flickering lights or power outages, no abducted children) sparks panicked anticipation worldwide. Renowned linguist Dr. Louise Banks (Adams) is summoned by an Army colonel (Forest Whitaker) to communicate with the alien ship, which floats suspended over a vast meadow in rural Montana. Amid global paranoia and warmongering, she’s aided in her mission by a theoretical physicist (Jeremy Renner). With limpid determination, Banks insists on probing what may be lost in translation and soon finds herself slipping into a dreamspace of memories and Tralfamadorian temporality that Villeneuve renders with sensuous audiovisual synergy.

Any qualms you might have about Villeneuve directing the new Blade Runner film will be laid to rest, but as is often the case with the genre, two distinct movies compete for space within Arrival. The film begins to grate whenever the meditative, psychological thriller at its core, with its provocative hypotheses about language and time, loses ground to the apocalyptic military showdown raging bombastically in the background. Adams, however, seems to exist in a movie all her own, communicating melancholic wonder with a force that is almost telepathic. By David Gregory Lawson
From Bourgeois to Hitchcock: the director of Enemy speaks about mothers, discomfort, and the fantastique
Subscribe to the Magazine